This round started out as illegal alliance allowed, and a lot cheap tactics was used by multiple fams to gain an advantage or to survive. Some players have deleted some are raided to the ground. This was never the intention.

I am a part of the most powerful alliance in MW atm and if the rest of galaxy is with us, we will all disband our alliance and play solo from now on.

We I hope every fam will join the Galactic council and agree to break all alliances and play as solo fams/without allies for the rest of the round. NAP your allies and establish cores and lets move away from these huge over powered alliances.

Some fams do not have allies so lets alow all remaning fams the same chance to compete or atleast the chance of a fair battle 1 vs 1.

The galactic council is there to to assure if anyone choose to play shady, other fams will be aware and can decide to enter or vulture if evidence of unfair play like 2vs1 should occur. Vigilante Justice

Invites has gone out to all leaders.

Leaders on board as of now and I expect more will follow shortly. 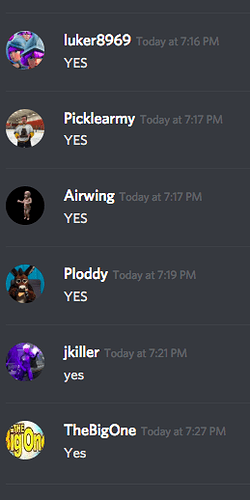 Very honorable of you AW.

If you’ll pardon any confusion or ignorance on my part… isn’t it actually called Unofficial Alliance and not Illegal Alliance?

, we could all be friends tho. Untill midway then screw with Each other

Not quite the Galactic Council of the early MW rounds, but I salute your decision and efforts to enact it.

Basically the round’s over, and if it stays like this the game is too lol.

Indeed. Need to limit allies to 1 per fam at most. But its been a fun start so can’t say it hasn’t mixed it up. But yes looking at the rest of the round it could become a bit one sided

I guess players want the good ol’ days until they get them.

Yea IMO alliances only work if fams are super small, like 3 players. If two tris go to war and nap up, that is almost half the galaxy napped to eachother after one fight. I like the self policing aspect myself.

How is this anything but a way for big fams to to gather intel, and prevent small fams from rallying against farmers?

We wait for the big fams to say when it is oki to one by one attack them?

WHAT THE HOLY HELL?

@Dronze
Thank you for posting this in the chat for this!
Awesome call!

IC Players as actors in this scene:

@Terror_of_the_Night -
Only used you, cause I don’t think you are playing.
Happy to swap out any other player.
Let me know if it is a bother, or you fear retribution.
Don’t get me wrong, I wanted to play Dennis

I just gave you top billing.

Gotta watch the end of it.

He didn’t laugh, but sooo worth it.

’Ole darrky’s got your back little guys!
That cost me 10p.

hey took me three weeks to grow those!

@Terror_of_the_Night -
Only used you, cause I don’t think you are playing.
Happy to swap out any other player.
Let me know if it is a bother, or you fear retribution.
Don’t get me wrong, I wanted to play Dennis

I just gave you top billing.

So funny! Happy to ‘play’ the role.

What retribution? My country is being run by an incompetent moron for two to six more years. Can I be punished more than that?

As far as in-game retal is concerned, I’m a veteran member of the Harkonnens and the Tortuga Nebula Thugs. Have taken many a beating and dished out just as many over the millennia. It’s all part of the game.

Besides, being outnumbered and outgunned is when the game gets most interesting.

So funny! Happy to ‘play’ the role.

Awesome, I hoped you would enjoy that!

Besides, being outnumbered and outgunned is when the game gets most interesting.

You got that shit right.