Some people say Size matters more as it represents controlled territory. This is a reasonable point.

Others, however, say that NW matters more as it represents total value of an empire and not just planet fat-ness. This is also reasonable.

Is one more important than the other, or do they just reflect different things? If one is the true measure of skill, which do you think it is, and why?

What is the true measure of skill in the rankings?

I think we need a poll

Size wins, because one needs to have NW to accomplish size win, but one can win NW just by getting NAPs and laying low. Size thus has both combined by default.

NW win is also a slap into attackers face, because attackers love to use that fleet (some love slaps in the face too though), if possible, not just build it for last tick.

one needs to have NW to accomplish size win

This isn’t true for planet fat empires. This is why they’re such juicy targets before EoR. Planets can also be passed to friendly empires for EoR size jumps, which inflates the rank in the same way that happens with NW jumps.

Imo, they both reflect different types of skill, and neither is more “true” than the other. That’s why imo the best families win both.

I vote for both, anybody can just farm bottom fams and pad their planet count . I think to win a round you need to dominate in both categories.

And yes I know 50 was gang banged at the EOR, otherwise they likely would have won NW too as they dominated eco all round.

But in general both are important to me.

You normally see top fams dominate eco for the first few weeks of round then just go into saving mode and fight after that, doing no more than topping up new planets to maybe 300 ob.
Where as a smaller fam could win nw by doing good Diplo and fighting less, which is good playing, but not as fun imo.

in my opinion the score should make the winner, thats what a score is good for. the score is somehow gone and i hope in the future it can represent a mix of showing infrastructure and fleet and planetsize etc. maybe even destroyed enemy fleet, buildings etc. make the score great again!

The old score system was kinda flawed, you could have top score but get raped at eor and lose everything but still win score…

Yea the “score” was pointless … perhaps a new score formula should be made based on amount of attacks, income/resource rankings, NW rankings, ect.

As someone who spent most of his olden rounds being an attacker, I always preferred planet count over networth as the measure of individual attackers. With bankers, networth is a better measure.

From a family standpoint, neither is the true measure of the deserved winner of each round.

Measuring your success by using NW is like measuring the success of your countries economy by the height of the inflation.

It is possible but it’s retarded.

I agree that NW alone isn’t very telling, but neither is size.

If size alone were any indicator, then planet fat empires and families would always be the most skilled, and that clearly isn’t the case.

If size alone were any indicator, then planet fat empires and families would always be the most skilled, and that clearly isn’t the case.

How is that Clearly not the case?

How is it the case? Are you really arguing that planet fat empires by merits of their size alone represent skill?

Have you never, as a low planet attacker, raided a fat banker who couldn’t defend themselves?

How is it the case? Are you really arguing that planet fat empires by merits of their size alone represent skill?

You say planet fat implying someone is to big in size to be able to pay to hold his planets, in this case he will lose planets and thus not win. If he can hold on to them then he is not “planet fat”. But probably the enemies are too NW/infra fat because they didnt spend their time taking the “planet fat” player.

So yes I only care about size after last tick of the round, the only metric that counts.

NW is just a penalty on morale, science and construction costs. Any sane person wants as low NW as possible and high planet count as possible. So again, using NW to measure success is like using inflation and it really is retarded. 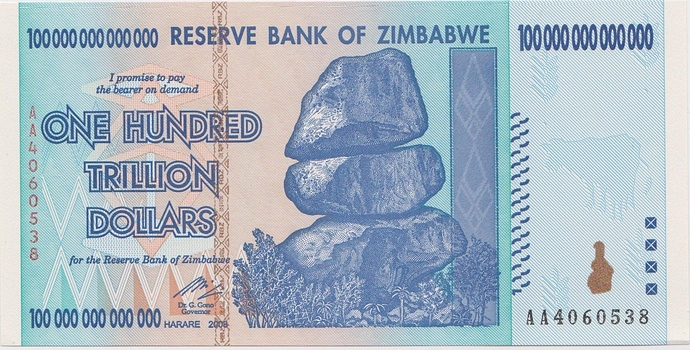 Edit: please don’t edit my post admin without saying it, I said it is retarded to believe NW is a way to measure success and I stand by it.

You’re describing a lot of context around specific circumstances when planet size matters. That’s not “by merits of their size alone”, which is my point.

Of course a player who can hold their planets is skillful, but that’s not inherently true by high planet count alone.

It’s also worth noting that planet size can be inflated too through farming. Just like with NW jumps, it doesn’t necessarily represent any skill by itself.

the only metric that counts

This is a perfectly valid opinion, as is the counter argument.

I agree, and I feel the same way about people who boast about size wins with no regard to NW. Both matter imo, not either by itself.

You’re describing a lot of context around specific circumstances when planet size matters. That’s not “by merits of their size alone”, which is my point.

You’re the one bringing up the objective “planet fat” terms that I am just clarifying. Again now with “farming”.

A family who “farms” everyone is the family who beat everyone. Easy as that. Getting farmed is not something happening to you out of control that is not fair.

It is also not helping the people who it always happens to by telling them that they lost by others being unfair or unhonorable.

Everyone can have their opinion but if you don’t understand why NW does not matter and size is everything that matters then you’ll never be able to compete.

I’ve held my own and ranked highly, I’m secure enough in my skill that I am not bothered by the concept that people may have different opinions on something.

I agree though, farming happens. It’s a war game, I’m not by any means telling anybody that they lost due to dishonor, not sure where that came from.

What I don’t agree with though, is that farming represents skill. A size win sure, but not skill. I personally hold attackers who punch upward in higher regard than those who take the easy gains.

As crazy at it sounds, a player who ends the round with fewer planets can indeed be more skilled than one who ends with more planets. Is that really as impossible as you’re suggesting?

In other words, “Everyone can have their opinion, but if you don’t understand why mine is correct…”.

That’s not quite how opinions work.

8 posts were split to a new topic: Pie lives in a bubble

2 posts were split to a new topic: Splitting posts