What are some of your favorite movies/shows on Netflix/Hulu/prime video?

I frequently find myself googling “best movies on netflix” and was wondering what some of your favorites are!

Some that I enjoy are:

Give me your suggestions so I can stop searching

dr.strangelove is on netflix lol 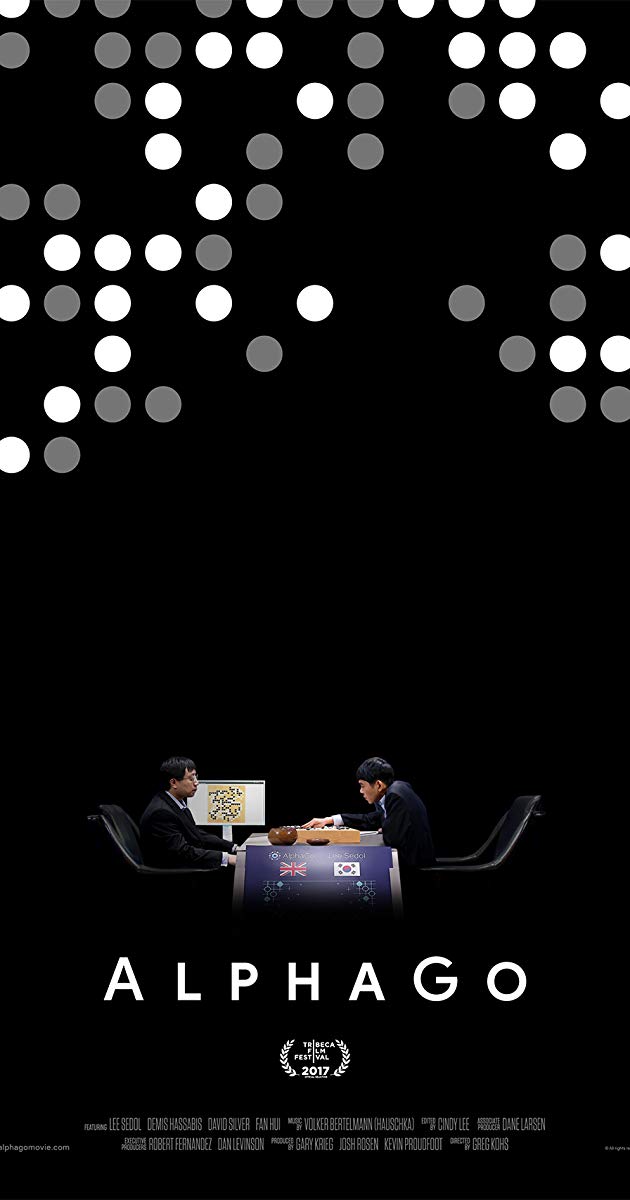 Directed by Greg Kohs. With Ioannis Antonoglou, Lucas Baker, Nick Bostrom, Yoo Changhyuk. With more board configurations than there are atoms in the observable universe, the ancient Chinese game of 'Go' has long been considered a grand challenge for...

This was waaay more dramatic than I anticipated. Super cool movie.

I’ve never actually played Go myself, but have been meaning to ever since I saw this. You could say… now I want to give it a Go.

Is that a movie? Or are you referring to the series?

ay more dramatic than I antic

I just watched this, it was super cool!! They made it so intense, all of the suspense was awesome. I definitely want to play Go no as well

what what whattt??? that sucks

also one of my favourite movies of all time is on it , Tank girl

also if you into stand up comedy watch all the Jim Jefferies specials,

one of my all time favorites,

Live action FMA was a bit meh, purely because they tried to fit 60 something episodes into 1 movie.
I felt the same about the Death note movie, kept waiting for certain bits and they never happened…

Currently plowing through Anthony Bourdain’s parts unknown, love that man, hopefully they put his raw craft series on there too.

i totaly get what your saying with FMA but overall was good for what it was. million times better than the live action DBZ movie that i couldnt even get past the first 5 minutes of lol

i really liked the deathnote movie aswell but iv not watched any of the anime of Deathnote,

Omg I used to play go and alphaGo is the AI that defeats the best players now. Super interesting, is it only on netflix?

I enjoyed the heck out of Black Panther when it came to Netflix. Epic!

Not a movie, but I’ve been watching the new Sabrina show on Netflix and it is pretty awesome

Although I usually watch Netflix tv shows rather than movies, but I’ll list tv shows I really like so far:

I think that’s about it, but there are other tv shows that came from other network:
Arrow
The Flash
Legends of Tomorrow
Supergirl
The 100
The Magicians
Helix
Van Helsing

Anyway, I saw that you mentioned Death Note (movie), I saw it and only saw it halfway, I was not really impressed with it. Death Note (anime) was much better, but the ending is bit different from manga though. I’m not going into details as I will spoil it.