@Zanharim made an interesting point here:

Imbalance between large and small families

Anonymity here makes me sick too, because it is important for me to know who these guys are in the future, so I can at least avoid them. Anonymity protects bullies.

I agree with this, but know that others prefer the ability to play undercover to avoid being targeted because of grudges, amongst other things.

I’d like to open this up to you all, so we can understand all sides of this issue. Do you think we should restrict this practice or allow players the freedom to be anonymous? What makes you feel this way?

I don’t see how this would be technically feasible, or more importantly - enforcing anonymity would only hurt and not help the situation with IC.

Absolutely, anonymity on the web is a big problem. when you are anonymous you tend to act as if consequences do not matter. That is why forums such as 4chan can be fairly toxic and exclusionary, but similarly places like facebook tend to feel overly moderated and stifle debate by heavily restricting behaviour.

There are a number things that you need to ensure that anonymity can be enforced. You have to be able to enforce 1 person 1 account, if it is possible to create multiple accounts, then a bully will use that to defeat anonymity. You also have to be able to verify a user is a person. this doesn’t have to be via a number and address, but it has to be something that uniquely identifies a user. that might not be such a good thing for a game like this. (typically, companies outsource this to social media, although that is not a good solution and usually would alienate existing users).

Given the provided context I think that anonymity is the wrong solution. I think you need two features that would limit bad behaviour:

Ultimately bullying is a SUPER difficult problem to solve, and there aren’t really any technical solutions that solve all the problems. This really requires changing the game rules so that the bad behaviour is discouraged and good behaviour is rewarded.

Technically these ideas can be implemented. There are better and worse ways to do so, but with perseverance it can be achieved. I would start by looking at augmenting some sort of event sourcing style user profiles, and maybe an in-game badges system.

Of course some of the things that @Zanharim mentioned would also need to be implemented as a matter of priority. I don’t think that the balance of the game matches expectations (based on my understand of humanity - not the game itself). but thats the matter for a different discussion.

Playing under cover has been justified because then grudges do not carry on from round to another.

I don’t think that is only a bad thing. Sometimes some actions warrant some revenge and may even form some sort of self-policing among community. As long as it stays there and does not escalate into harrasment of any sort. That is the issue which should be addressed before the veil of anonymity would be ripped off.

Usually players tend to forget most of what happens during round anyway and only special happenings are remembered. In good and in bad.

English is not native to me, so I don’t know what is opposite to anonymity or undercover. But I would like to emphasize that recognizability (?) has merits too.

If we could trace player history, we would also be able to keep memories of fond families and whom with we have played in the past. History is important to community.

We could also have more fame, because good players would be recognized. “Oh no, Pitbull is attacking us! He never hits laser traps!” would be a nice type of comment to see.

Fame also would give a twist of strategy into game. Intel of enemy habits would be valuable. Like: “Pitbull always builds 8 lasers on taken planets.” That would make playing more interestning and force players to vary their style. Maybe even evolve.

I haven’t cared about it either way yet. I have been playing with different empire/ruler names just for fun. If there’s a family discord channel, I just come right out and state who I am in-game by changing my nick. I like the game. Even though I’m still learning and might make mistakes, I want people to know who I am over time and what I’m good/not good at so the fam leader can assign me to the best role. But I do think players should have the option of being anonymous, and I’m definitely in favor of preventing bullying even if anonymity is allowed.

I’ve changed my mind. If it comes to a vote of removing anonymity, I’m going to be in favor of it. I’m still a relative n00b, and this is the second round I’ve been in where my family was destroyed from within. That’s a big turnoff, and I want to know who people are so I can avoid known scoundrels. Otherwise, the game is not worth playing.

Without anonymity some players will have a bull’s eye on their back from tick 1.

I imposed as @Sol_Invictus in SN once. Since he won quite a few rounds, you get a lot of attention that way, was my experience.

Also, I know that some players were hunting @MaceWindex once they found him. I don’t think it was about grudges but mostly the laugh of endless whining, over analyzing and writing long stories about being treated unfair.

For high profile players I don’t think removing anonymity is a bad thing. It might function as an equalizer to have people actively targeting those good players first because those post most risk.

If you get bullied there should be some protection though. Anonymity might me the worst solution for this case because the problem stays hidden. If you see player A nuking player B first time they get for no reason round after round after round it might be time for mods to research this.

Though linch mobbing is so much funnier …

I think most players are actually very predictable, with respect to:

Well, com try Ultimate, nothing predtictable about this galaxy!

In the beginning of that round I was pissed someone was using my nickname, because as @The_LiGhTgUnS said, after winning a couple rounds, you obviously get targeted and painted with a bulls-eye on your back as soon as the round starts. I actually do wonder if it helped you that round, I expect it landed you a couple NAP offers?

In some rounds playing undercover should still be an option, in case for attackers, if they have a slow round, like I am supposed to have/be having atm, I’d rather not give all the people I attacked a chance to somewhat try and get even when I play banker/non attacker bonus race for example.

IC is a game with an emphasis on the community, imo that is most of the reason I (and we are) am still playing this game. Just like RL anonymity should always be an option for people/players who want (or think they need) that.

@Sol_Invictus it gave me more unwanted attention than benefits. I don’t recall being offered more naps than ussual.

@The_LiGhTgUnS also if you take out the attention you got from me?

Not to mention I had to tell a few people you were not me! =P

In my honest opinion trickery, betrayal, mischief, downright asshole-ish behaviour have been part of this game for as long as I can remember.
While the game is about statistics and order, this game has thrived because of people who wanted to mix things up.
Acting like an asshole should not be protected, but it should just be part of the game. This game has become full of rules now and the result is MW. It’s boring and predictable. No real surprises have happened all round.

Over 10 years ago I played round with people that would NAP you 1 tick and rape your family the second. This isn’t great behaviour, but it’s the way real wars are won too. The name of the game is Imperial Conflict, not Imperial Exploration.
Screwing over one family and being screwed over by another. Most of those don’t play the game anymore because they would be punished in this current form for playing their type of game.
I remember some of those rounds because I screwed people and I was backstabbed by others.
Highly doubt I’ll ever remember this round in the future…

I always tell this story, but my favorite of this was (Sogil?) doing the “48 Hour” nap cancellation but he specifically interpreted it as 48 in-game hours, which given the old time conversion was like 17 minutes or something.

Trickery is right, and is just as valid as playing the brute. No-mercy with the Harks, widely-feared Tortuga Nebula Thugs, etc.

The game has no personality if we force rules on everything.

That said, I do think anonymity is a form of protection. In the spirit of everything above, we should do away with anonymity and let unofficial alliances flourish. It’s the only way the community could ever police itself and make “honor” have any meaning.

This has become relevant again. Please see this thread about what constitutes impersonation.

When impire left he asked me to save the custom races he liked " solders of impi" and a few other ones.
I still have many of those custom races. Including munchers etc etc. Am i impersonating? Should i delete those? Is that IA? 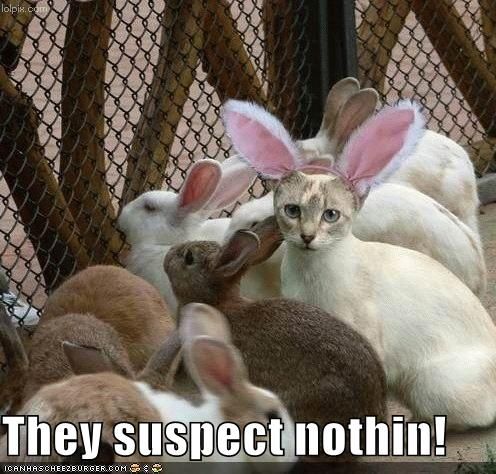