Stupid fucken idea lol, htf are we supposed to compete with that? 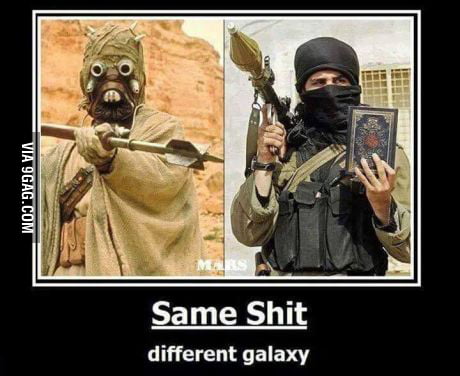 Stupid fucken idea lol, htf are we supposed to compete with that?

It’s a test galaxy, you’re not supposed to be competing… Else I’d have Pickle not build any infra, grow crazy science, explore in your core, station 2m droids until portal is compelted, and rape you to the bone… I’m not doing that because I’m having a good time infra slamming just for the lolz.

Don’t make me look like that bad guy for joining early, and being very active in this galaxy

I’m not harming anyone am I?

Also, don’t worry, Pie is planning to reset the galaxy at some point anyways, if I’m not mistaken… (right @I_like_pie?)

Someone got some iron for 1…

We have to wait 2 weeks till UA allowed?
if everyone else was to team up I think that team would win, but I’m sure some ppl would just join the Hala/pickle alliance.

For this concept of galaxy to last forever, ua might be the only balancing mechanic?

stil I can see eventually one alliance would come out on top unless they split up and start fighting each other.

Maybe something other balacing mechanic like if then leading family hold the position for say a month, they get a victory point and then lose half their planets.

Still be interesting to see how it plays out.

It is a TEST galaxy, so I think normal rules do not apply within it.

Lol nice, trust me I didn’t miss your market activity, before or after you merged

Forgive me for thinking this galaxy was going to be something different, my bad.

Lol nice, trust me I didn’t miss your market activity, before or after you merged

Forgive me for thinking this galaxy was going to be something different, my bad.

Pie is planning to reset the galaxy at some point anyways, if I’m not mistaken… (right @I_like_pie?)

Yep, that’s correct! This is all throwaway and should not be taken too seriously. As mentioned when this was announced, the mods got in early on this to test the map specifically.

So if anybody is expecting a fair competition, don’t.

That’s not the point of this. We’re primarily trying to see what breaks with such a large galaxy.

On that note, it’s been open for a little over 2 weeks now. Has anybody playing here noticed anything abnormal?

Works perfectly fine and is going to be fun.

Nope, have not noticed anything amiss so far.

In a blind map game I can see them as a definite stealth advantage. I even think that turning off the mapping features might make the galaxy stand out and give it more of a hard-core style challenge.

Most likely a universal bug, but twice today in Infinitum testing ground I received a news report of construction completion on planets that are not mine. Two different players. Two different families.

I feel like this galaxy needs to be much slower… either slower tics or make it so moving through the galaxy takes longer … its too easy for a super active player to set up on players who can only log on once a day or less.

I think the best option is to make exploring and attacking take 10 or 20x longer, even exploring your own solar system should take some time. Currently it is way too easy to ruin someones round in a galaxy that is supposed to last forever.

yeah… perhaps limit the amount of exploration ships by one per day.