How did you find Imperial Conflict?

This has me wondering, how did you find Imperial Conflict?

I found it from searching for online games a long time ago. What about you?

Yeah I found it on one of those voting sites. I tried it and like 5 or 6 others at the same time. Played on the other games maybe 1 to 2 weeks before quitting. Been in this one for 17yrs (off and on) now.

I was forced to listen to @HydroP and @WhiteShadow talk about it for the last 17 years and finally decided to get on and see what all the hype was about.

A search for “free games”.
Middle of Beta 2, whenever that was.

I found it through HydroP who needed my superior intelligence and knowledge being a godlike figure and poof the rest is history.

I conquered all the other games in the world but wanted more power so decided to come to dominate a galaxy instead of just a world so I came to IC and soon after I was known as the galaxy conquering IC Legendary Attacker of all time yes the god of IC attacking and decided to stick around and bless everyone with my awesomeness.

I can’t believe so many people get mad at you @WhiteShadow.

You are fucking hilarious sometimes.

A kid was playing it in my middle school computer lab.

He showed me the game, at one point 20± people from school were all playing.

Most didn’t make it until the crash, and after that I’m the only one who returned… For a while.

It was alright Sunday morning 8 years ago…A good friend of mine who used to play Was playing, strategizing, talking in fam forums and i got intrigued…I joined right there on the spot, and joined the next Pinwheel round (my favorite galaxy) and I’ve been hooked ever since.

Most people don’t know me cause I was a quiet guy, who stayed away from forums and the community in general and only ever spoke to my fam…

Well, then welcome back Starstrike.

My neighbour had me sign up about a week into PW round 1. His girlfriend’s brother got him into the game. Neighbour lasted about 2 weeks and quit. I’ve been here on and off since.

Joined late in Beta 3. Likely found it via an Altavista search or a webring for online MMORPGs.

Late beta 2, swung by a buddy who had it up on the browser. Thought it looked fun so made a account. Now back after more than a decades abcence

i played a few similar games like dawnofmyth and planetorian and saw this on MMPOGD as the winner one month and joined.

Well, then welcome back Starstrike.

A kid was playing it in my middle school computer lab.

He showed me the game, at one point 20± people from school were all playing.

Most didn’t make it until the crash, and after that I’m the only one who returned 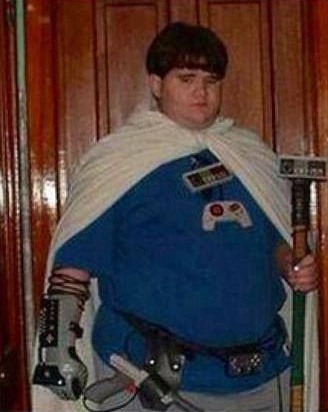 TBO was a better fit for IC than ScarJo was for Black Widow.
Mother fucker born to doeet.

Look at all the NES parts!

I wish I had all them lol

@RenegadeDamon never shut up about it. Said I should play, I wanted to see what all the hype was about lol.

No clue how he found it all those years ago.