The brainstorming discussion is complete, and the code is now on dev.

I’ve been testing as I’ve been developing it, and the @Release_Team has been testing for weeks now, but we need more testers. This will have a huge impact on the game, and hopefully fix some of our more serious imbalances, but we need to test it as much as possible to make sure it feels right.

The Development Server has been opened all players, including non-Patreon subscribers.

It is running 1-minute ticks, and all units are free.

There are not new, but their implementation has been cleaned up and they can now be modified much more easily.

The setup above is to re-create what we’re used to. Although we can experiment with other setups, for now we just want to test with what we know.

The underlying logic is done and will likely not be changing further. If we do want to adjust things now, it will be in the form of:

We’ve set up a contest for testing. See the following thread:

We’re adding some incentive to test the battle rewrite on our (1-minute tick) dev server: $100

worth of Amazon eGift cards.

[imperial-conflict-battle-testing] Prizes will be split between winners in the following categories:

The above contest has closed, and we’ve re-opened the “free units” test galaxy. 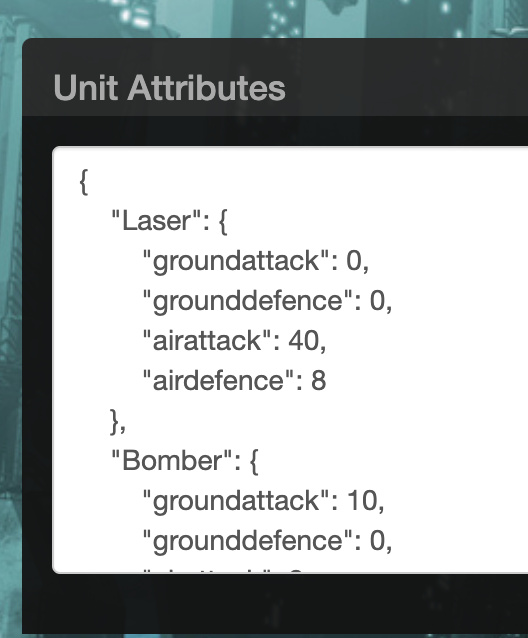 When discussing results, please do the following to help us make sense of it later on when we see it:

Also, this is still a work in progress. Nothing here is final yet. Suggestions on unit attribute adjustments are welcome and very much encouraged.

Spent some time looking into this with a couple of people.

The final unit attribute setup can be found in the simulator here.

Reasoning: These are the current caps and no one has issue with them, raising the defensive cap just means a banker will be getting raped inside just a few attacks, their defensive position being positioned and prepared is reasonable to assume they would suffer less losses either through early retreat or defensive barricading etc.

Reasoning : Attackers get sufficient advantage from their boost in attack, with regards to expected losses, an extreme example which wold occur…

8:1 ratio is absurd when they only real difference is 70% military and the attacker has initiative, removing the def boost from racial would still give a roughly 4:1 ratio, giving enough advantage for taking initiative and investing in science.

Battle Resolution would need reworking, possibly look at using fleet qty, means attackers can use their bonuses to raid bankers without taking the planet, but also increases the likelihood of a banker keeping a planet. (Perhaps this could be based on the % of losses the attacker receives.)

Defender does not have any inherent advantage when everything is equal.
Using my attributes, that results in ~ 5% loss on eitherside. Rather than the instant cap loss we currently see.

What options does a defender have…
-Increase fleet by as much as possible.
-Increase military defence.

Bankers have no choice but to sit there and take a beating, so run with your scenario, the banker hits cap.

Does this look like a fun scenario for anyone, on top of losing their planets they have no fleet and the attacker is likely using somewhere around 1/2 the fleet size. So the attackers qty losses didn’t cost the same, on top of that your attacker can afford huge con bonus in comparison with the NW burdened banker.

are there any updates to the new battle logic? I have been messing around with the simulator and it seems very bugged … for example attacking a defending portalled planet with 2m figs vs their 1m figs, I lose 0 as the attacker but the defender loses 300k? The defenders couldnt shoot down a single fig?

And then there is this … I am attacking with 2 million droids only, defending empire has 1 million figs, 1 million ground … I kill 300k figs… somehow kill 0 ground, and only lose 150k droids? Figs are so much more expensive, why would anyone even use figs at all under this new formula?

This new formula doesn’t make sense logically and also is open to exploits. I just hope we get it ironed out before it is implemented into a real round.

^why is 5m ground able to do so much damage and not lose a single unit? I feel like I am going crazy here.

you deleted everything from the attributes box?

Thats using your suggested fleets with the current logic.

Rerun with the unit attribute I ended up on, although I had other suggestions to change which dont change with that.

5m droids only vs 50m droids

why would an army of 5 million droids be able to kill 3m droids of a 50m army? and only lose 525k themselves?

A 50m army should wipe the floor with a 5m attacking army, not suffer 3million in casualties while only killing 525k.

best start point, but would be interested on your feedback using the attribute in this one…

Good lord this is confusing, guess I should have been paying attention from the beginning lol … I guess this formula does make some sense with the “ignore cap loss removed” box checked…

For example if I attack 50m droids, I will do the same amount of damage if I attack with 5m or 50m … only with 50m, I lose a lot more. That should not be the case, it doesnt make logical sense.

Yeah the unit attributes on the basic calc are way out of whack, so you just hit cap every time, so by having a larger fleet all you do is ensure you lose more.

So what’s the situation w these tests? Something still look odd? Need adjustments to the attributes?

If you have 100 fighters, and I send 1 million, from a power comparison perspective what sense does it make that you can lose no more than 30?

I’m all for restricting the ability to destroy each other in a single battle, but if that’s what we want, we should achieve that effect independently of the power comparison. The game’s current code modifies and distorts that comparison to the point that it loses its meaning. The math has become too abstract.

Or simply put: what is the cap trying to achieve, and can we achieve it through some other mechanism?

@DustyAladdin made a decent argument for keeping the cap in, but the problems you guys are seeing now (losing more for sending more with no change in defender loss) is inherently tied to the cap being present, it’s just far more obvious now.

The cap is configurable, and we can turn it off. Given the most recent tests I am under the impression that we should do so.

Yea, with the cap on, I attack with 5m droids vs 50m droids … the expectation is the 5m droid attacker is going to get crushed

but the result is the 5m attacker destroys 750k and only loses 300k. The 5m attacker should lose a lot more than the 50m defender.

If you click to remove the cap … the 5m attacking army kills 300k of the 50m defenders and the defending family destroys all 5m of the attacking droids … which to me makes perfect sense.

this also seems right to me.