The Tri-27 stats page is now available, and the honour rankings form has been updated to be for this round.

I thought I would post a small update on how the state of the galaxy is after 1 week and 1 day (ish) of the round.

State of the Game

As the following chart will show, we now in late Expo-phase, with more than 75% of the available planets explored. (83.44% explored out of 1600 total planets). When looking at an analysis of planet change per fam, there appears to have been limited early round wars, except for the two detailed in Part 2 below. However, the bigger galaxy size, extra planets and less empires in the galaxy has lead to a longer exploration phase this round, and this may have hidden any early wars/aggression. 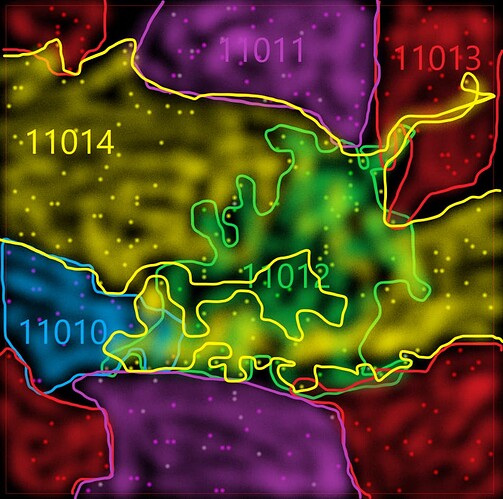 During this time attacks have been available since T76 (3 days). Since T76 there have been two wars (one actual, and other slightly elevated core clearing). Both showed up on the planet change analysis and have been included as “official” wars (the first was an actual war, which I have somewhat first hand experience).

The image below shows a track of both fams NW and Size during the conflict.

The other conflict to show up via the planet change analysis was a conflict between 11011 and 11013. This was described by participants as a minor “special operation” over a dispute with a few border systems. Planet Change Analysis shows that this disagreement existed from T174 through to T210

The image below shows the NW and Size tracking during this time for both fams.

2.3 Other conflict
No other conflict has shown up over a sustained period of time on the Planet Change Analysis. It does show that 11010 lost 12 planets in T208 (probably to 11014 as they were the other one to gain a large amount of planets (+14)

In my EoR write up for Andro55, I gave some stats with the Elo and War Score system. The below table shows the rankings of each fam if we based it on Elo scoring (with parameter setup as per last round and a starting Elo of 1000 for every fam - i.e. no pre-weighting since is Anon-round)

These two Elos would translate into 11014 being 2:1 favourites in any war with 11011 (69.87%), but these odds change to be slightly in 11011’s favour when potential war score is calculated and used to predict a winner (58.54% chance of 11011 winning). The war score uses actual NW to predict potential war strength, instead of NW and Size rankings for Elo. So Elo is weighted towards time at #1 NW or Size rank.

The final chart is one that shows all families Elo rating over the whole round. As you can see 11014 (red) has been strong all round (which has lead to them having such an Elo lead), whilst 11010 has been weak, and thus is at the bottom. The chart also shows 11012 (yellow) fall from potential favourite, as well as showing 11011 (red) stagnation and 11013 (green) rise up until their border conflict, then 11011 start to climb again.

A Brief Analysis of Exploration Phase in Tri-27

As posted in my thread on this subject in #imperial-chat the exploration phase is now over. The chart above shows the increase in planets each tick owned by all families, and the rate at which this changed each tick. From this we can work out a rate of change over the whole exploration phase. As shown on the trend line this is:

Over this time there were approximately 27 empires in the galaxy (not discounting any inactive empires, or barely playing ones) which means there were 5.88*24/27 planets per player per day, which works out to:

The theoretical maximum explored per day is 8 eships (or maybe actually 9, but lets take the official number just for kicks.) With 27 players this is a maximum of:

This also means, we as a player base were operating at 65.3% expo efficiency (based on 8/day).

If we have been operating at peak efficiency the galaxy would have been filled up a bit quicker, in fact on T-178 (or 91 ticks earlier)

In Andro-55 the galaxy was filled on T108 (albeit with less planets and more players), with an exploration rate of:

This worked to a daily exploration rate per player (35 planets at T108):

Bonus extra, Map as of the end of Exploration phase