Hello my fellow IC players, as the king I thought it be nice of me to try my hand at Jets iconic PvC! This is based on current rankings as of Tick 434.

They have hit the ground running and have not turned or looked back in this race. They, have had and maintained the top spot since week 1 and looks to be the favorite to win if nothing slows them down. Led by nightwish with a strong economic stroke…did i mention they are also number 1 in size?

They look to be chasing that number 1 spot desperately they are the only ones capable at the moment of slowing down fam 29. They look to be extremely active and have done a great job maintaining that second spot. Led by Daylight who has done a great job diplomatically keeping other fams at bay so they can continue to play the catch up game with 29 expect, only they are playing.

EOR Prediction: Contenders for the Win or Top 3

What can I say, Darrky works wonders and is an economical Genius your talking about a fam you would not have expected to be top 3 BOR now contending for second place and maybe even first if Darrky has his way. They have made strides to get where they are now and looks to be speeding up. Looks like 28 should start panicking at least at the disco.

EOR Prediction: Contenders for the Win or Top 5

This fam has probably been the most aggressive so far. They were in 3rd place since BOR but lost that spot due to fam 27. If NW weren’t having his way with this galaxy they would probably be first in size. Led by good ol’ Vicious it could still be a possibility but I do not expect them to take back that third place, nor keep 4th.

The BIG easy was a fam I did not expect to be where they are now, with a very rough start at the beginning due to everyone being focused on another Gal I thought they would be in the bottom ranks all round. Led by myself (Kingray) and Cells and with a crazy good fam line up they look to be moving at the pace fam 29 did the first week. The only question is, is it too late?

The diplomatic legend is at it again. this Fam led by Ordos, looks to be just trying to survive peacefully in their corner of the galaxy. Who knows what diplomatic moves he has made so far, who knows he might pull out one of his tricks and come out as a top 5 fam…but only if fam activity holds up. Also, the ever beautiful Goddess is in this fam (rawr).

Never thought I would see Hala lead a fam again, at least not so soon. He has been known to win rounds because of his economic smarts… unfortunately fam activity has been laxed and after getting hit hard they do not look to be able to grow or make moves unless their activity comes back to life before it is too late.

This Fam is active but it just doesn’t look like their planning was carried out too well. If they can get more organized i can see them taking that number 7 spot. They are not too far behind. Oldie is doing his best to steer this ship and keep it from sinking. Things should get interesting if they start to make moves.

I think Blonde and his group is really just here for the memes. They have almost no activity at all save for one or two people. so I would not expect them to do much.

I am honestly surprised that this fam is where it is, honestly thought this would be a top 5 or top 6 fam but literally only one person is active, they are not even trying anymore…I kinda feel bad for spike who looks like he wished his fam would do better

Nothing but love for you @kingray

I am no econ genius, just playing a defensive round with some old buds, and a few new ones.
@Ved (my co-leader through the Golden Era - some might say my banker, the more informed would suggest I was his attacker

) from the crypt to play a few rounds

),
@Jets (once brought in to play lead attacker for us,and hung with us for a few rounds back then).
@Rivan (bang up job Paxing), and took to our chill style of infra like a fish to water.
@The_Unknown rather aggressively helping us set our edge early.

We are just kinda kicking back and being honest with everyone, reserving our energy/time for a fam to piss us off, or for people to start gang banging… which (lol) would piss us off.

Just a typical Bringers/Penguin style round.

Nothing wrong with being the good guys right?

Seems a bit of a lost art.

What you mean is I embraced the opportunity for my inactivity to be viewed as a positive thing…!

Looks like an update is coming in hot and early!!!

@thisyearsmostopen
You must be catching him in a bad round, he usually does a bang up job.

well the idiot ruined my round

he decides to cancel on the top fam without even letting me know (i was the top banker) and then does a piss poor job of even bothering the organise a fight. basically surrendered

. I never asked to be leader, yet the first thing you did when you logged on was vote me leader, the second thing you did was complain. I explained my reason for the war declaration in discord, but since you never bother to show up there you didnt know. We might have had a chance if 26 didnt OP all our savings and we werent so inactive.

@thisyearsmostopen , stop whining, if you don’t bother to show up on discord you can’t expect to have good communications with your fam members.

Edit: We all know ordos sucks but this seems to be on your end!

Dont bother to show up. When i go there for hours no one talked. I aided out every hour for over 12hrs a day at bor.

You can fuck off to.

I had @thisyearsmostopen I think his first round back - he was awesome, just not chatty.
I have played next to @Ordos234 a ton. He has been great too.
With @Goddess_of_the_Dead , @Sunstorm , and @WhoFlungDung That should be an amazingly fun fam.

Maybe you guys take a day to cool off, put the fam back together.
Pretty sure everyone backed off ya,

@kingray wasnt there some powerranking comming up or something :P?

Yeah, there was but man…things got heated and i am a busy guy.

for now i am more focused on an PvC update. 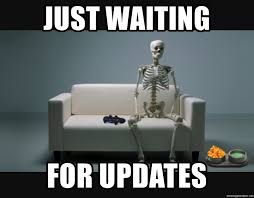