The Enemy Within (An Infinitum Tale)

Demise hurriedly ran towards the rendezvous point. He was to have a final meeting with his contacts on the other side before the final plans were set into motion. The Harks, they had no idea what was headed there way. How he would be the tip of the spear in a war for the ages. For years now he had been slipping the enemies intelligence. He had nearly been caught multiple times for passing planets to members of the opposing alliance and somehow managed to talk his way out of the corners he found himself in.

Not this time. There would be no turning back, no hiding. He had been handed all of the gold and resources he needed to blow this war wide open and the Hark alliance would implode from within. A shot directly to the heart that would determine the fates of so many empires. And it all started with him.

He arrived at the meeting spot. Luker and HydroP were there waiting for him.

“Where are the others?” Asked Demise.

“Munder is not going to make it, but Hellz, Ocho, TBO and Goddess will be along shortly.” Replied Luker.

“Good, does everyone have the fleets in position? We need this to be as fast and efficient as possible.”

“They are hiding just outside of the radar range on the target planets. This will be one for the ages.” Said HydroP with a smile on his face.

As the night progressed, the rest of those in the secret council arrived and they all helped themselves to a meal of glazed Tapirus stuffed with Cobra hearts on a bed of white rice. This meal had been specifically prepared to celebrate the arrival of Demise as one of the true allies and warriors within the m00 alliance. They cheerfully ate and discussed the details of the raid that was about to happen.

Slowly, the night turned into morning. There were just hours remaining until the attack order would be sent and the galaxy would shake with the fleets in motion and the deaths that fell upon unsuspecting people. Each of the members slowly made their way out over the course of an hour until it was just Demise and HydroP remaining.

Calmly, HydroP said, “You have stayed strong while in the heart of the enemy. For this I cannot express my gratitude enough. I am elated to finally bring you into the open and strike down our enemies once and for all. This will not be the last of the battles to come, but it will surely set the bar for all future conflicts. Thank you for being so patient.”

Demise smiled grimly, stood up and nodded at HydroP, then turned around and walked out of the room…

Communications machines were blaring orders non-stop. Alarms were sounding, drowning out the noise. Demise stood in the command room of his mother-ship as officers scurried around screaming orders over the noises. Everything was frantic and yet Demise stood there, calmly, watching the attacks begin.

Millions of ships began emerging out of the darkness of space.

“Sir” said the General, “We are under attack sir! You must come quickly our empire is being attacked everywhere!”

Protoss grumbled in his sleep and slowly rose out of bed. “What is the meaning of this General? You wake me up in the middle of the night when we are at war? Casualties are expected!”

“No sir” frantically the General was trying to get Protoss to understand, “We have been betrayed! Our armies are being crushed and the enemies are taking us for all we have!”

Protoss was now fully awake and rushed out of his chambers into the cold air to see millions of ships began their bombardment on the planet. He quickly ran for his transport ship to leave the planet in fear for his life. He could feel his world coming to an end. The empire he had built so carefully, crumbling around his feet.

The First Officer quickly relayed orders to Luker that the enemy Protoss’ fleet had been decimated. The time had come. So much planning, so much work and setbacks. But now they would finish the work they had started. He gave the order to begin attacks and his fleet began their invasions.

As the last of the enemy fleets were shot out of the sky, he gave the order to send in the rest of the allies and the chatter began as the communications officers began relaying orders to HydroP, Hellraizer, Ocho, TBO and Anput fleets. Planet after planet fell into their hands and there was nothing that the evil overlord Protoss could do to stop it.

“Kill anyone you come in contact with.” Said Luker, “Raze their buildings to the ground. We will make a new home on these planets and rid the terrible history that has ben wrought by Protoss on them.”

Planet after planet fell into enemy hands. Protoss was full of rage and yet there was nothing he could do. His armies had been utterly destroyed. His empire was half what it once was and to recover from this would take years, if it was even possible.

The m00 alliance had struck him a devastating blow. And he knew that this was just the beginning of the end for him and his allies.

Well done. Well executed. But generaly bad for the Galaxy and IC.

Congratz on the cows.

i called it tho in discord 3 days ago

Congratulations on proving yourself as the most dishonorable alliance to ever play the game.

And that includes the round where someone hacked the outgame forum of a family and used the information gathered there to get half of the family deleted.

Your fancy words do not dress up your lack of honor.
Your planning and strategy bring nothing but a glut of cheats and liars that can’t play fairly.

IC is worse for having people like you in here and you actions are the reason IC numbers keep dwindling.

@Terror_of_the_Night your definition of honor/dishonor is simply that…your definition. Having a mole in an alliance is not “dishonorable” in my opinion. Having spies is as much a part of gameplay between alliances as having a leader. One day you will grow up and become a big boy. When you do, you will realize that.

@TheEnterprise Throwing around the word cheats and liars lol. You are funny. Also, when you show me the data supporting your theory as to why people are leaving IC, I will believe you. Until then, you are just another whiner crying about how you lost.

Of course you all are pissed. You had a spy among you. That doesn’t make what was done to be dishonorable, illegal, cheating, or any of the other whiney things you are saying. Protoss wants to quit because of losing planets? Get over yourselves…that is part of the game and you are pathetic to come whine about it or even worse to be a quitter and delete.

I had my family completely ground into dust a few rounds ago by what I consider dishonorable moves and yet, here I am still going strong. Crying that you have 600 planets instead of 1100 haha while some people in there are still on 50-200 planets. 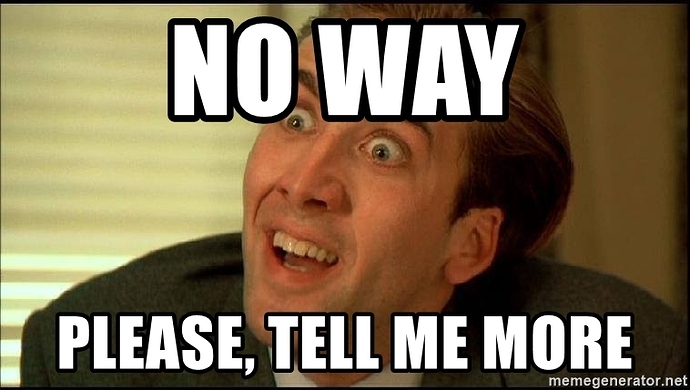 Well played Hydro. A young Protoss would be proud at seeing this level of backstabbing.

However, this is where it ends for me. I gave it all I had. I didn’t find my equal in activeness and conventional gameplay in Infinitum. I caught luker red-handed and crushed your first raiding attempt. (at least that’s how it looked like from my side.) I saw the shares from Demise and confronted him. To no avail. Harks are honorable and I accepted that out of respect to Terror. Personally I’d have pressed the button already and this apocalypse wouldn’t have happened.

I’m not interested in playing further after this move. I accept it and I’m probably less disgusted by it then most of the people that remain.

Crying that you have 600 planets instead of 1100 haha while some people in there are still on 50-200 planets. Get over yourselves.

I didn’t cry did I? I think you’re the one taking this game too serious. I just don’t care, delete and do something else.

You did shut down the first raid attempt. That was quite well done on your part Protoss.

So how do you feel now? @HydroP
An infinite gal with 40 competitive players turned to a dead gal under 2 months…
I feel bad for all of us spending this much time in a game that is underdeveloped @I_like_pie

Infinity gal… Should have been organised and managed better.

What you guys did… It is how the game has become. Backstabbing, IA, no decent fights without decimation.

Well People Will say it’s talk from a player on the losing side… yes it is, but it holds truth.

Or should I help this gal for newbies? And let People have more planets to expo… As @I_like_pie lacks the time to develop anyway.

Lol find a non-war game to play. I feel fine

to little of it nowadays.

But come on guys… this must be one of the lowest moves ever in IC. Demise you Quisling creep

Sad to see Protoss depart, he was a beast!

Ah well… IC has allways shown the nature of people…

Infinitum is totally flawed… shut it down…

To be fair, Terror should own this too. Demise has been raiding with us and passing me planets for quite some time now. It was fairly obvious he was working with us. People have a tendency to put on their own blinders.

As well, we had an agreed upon peace with PiP for payment from all members. Many people decided they didn’t want to pay. There is a cost to doing bad business lol

this is quite interesting I am not sure if all members of m00 were aware of this or just selected high commands. A statement from Will himself would be appreciated as I d like to see how did he agree to take part in this role.

proving yourself as the most dishonorable alliance to ever play the game.

And that includes the round where someone hacked the outgame forum of a family and used the information gathered there to get half of the family deleted.

Hold on let me get this right…

Having a spy inside another alliance. Having him so loyal to us from sor in a galaxy where anything goes.

and will accept any nap from any other alliance and fams

So how do you feel now? @HydroP
An infinite gal with 40 competitive players turned to a dead gal under 2 months…
I feel bad for all of us spending this much time in a game that is underdeveloped @I_like_pie

Infinity gal… Should have been organised and managed better.

What you guys did… It is how the game has become. Backstabbing, IA, no decent fights without decimation.

Pretty sure he feels fantastic

Your basically asking a grown up to Manage the galaxy better? Dude its conflict game? U kmow how many times i been raided? By this same crew. Munder has raided me 3 times. I wake up to nothing. Just gotta take it on the chin.

Definitely not ask the developer to help and manage the conflicts??? Come on… man…

There was never going to be peace in infintiy.

Sorry but f u Nightwish : )
Dont forget what u guys did 2 rounds ago in MW. I will never forget

Most of you laughed about that round and said u will quit. Now shhh