The game is on! Andro 40 started! In a funky Halloween themed galaxy, the shit hit the fan and 6 fams are going to bring the fire to each other!

Enjoy everyone! And may the best Llama win!

Victory is Owned by The Witching Hours:

I’ve retired from this game but by some strange popular demand people want me to do a PVC.
Oh boy, here we go again, I hope some of you have improved.

Team Hala:
Hala: Not surprised he decided to be a captain, if no-one likes you or wants to play with you then thats the big brain play. I will go into more detail on his picks in a moment. Last round Hala was stuck in a really bad family, but in my experience great players can turn bad families into good ones, so on that scientific fact, hala must be a pretty rubbish player. There’s a secret list of IC players who’s names alone cause the kind of eyebrow raising reaction, for example, if you were going to war against a great like PP, you’d make that war conversation 10 minutes longer because you know you’re in trouble. When I hear the name Hala, I would instantly switch off my alarm clock reminders and prepare for a long and heroic slumber. Can he get the W to prove us wrong or is he just a dinosaur?
Zan: Picked first so that already gave me huge doubts on Hala’s mental capacity. Zan is probably feeling hyped on his last round win, and it will take him another 3.5 days to realise it was only because he had Orbit. He was like Gerard Pique playing for Barcelona, he’s old and useless but when you are surrounded by good players you suddenly look better, and Hala fell for that. My issues with Zan are that he plays two seperate games, one game, the game of IC where he is borderline average which causes players around him to have to pick up his slack, and the other game he plays is the one in his head, where he is some Norse god of IC and leading his tribe to the promise lands. People give him too much credit. He’s not the worse, but he’s seriously only a few levels above a jacket potato. He needs to get out of fantasy land this round and start using his brain.
James: Was he a pick? How confident could Hala be to cut off one of his legs to win a running race, that’s what he did by picking James. People like James, not sure why, but he is likeable, this is apparent in the way he wriggled into Pie’s affections. It took Pie about 6 months to realise he is a buffoon. If you want to win rounds, you need top players, not guys who are going to need to be ass-dragged the whole 4 weeks, going to make constant mistakes, miss crucial moments and lose a lot of planets. Good players have a small planet loss %. Jame’s is probably higher than Funerals, and thats a shock.
Xenon: I don’t know much about Xenon as a person or player, so cannot say much.
Dukey: Hasn’t been serious about IC since 2007.

If i’m Hala right now, i’d be very nervous, this is a car-crash of a family. I want to say they will be dark horses, but no, they are dead meat.

Flip: If flip tries he can be a semi-decent player. He reminds me of Sol Invictus, a terrible 1v1 attacker but a good raider. His personality is only moderately better too.
Cells: Didn’t play last round, I heard he was given community service for calling Swaggas hat silly.
Acitorer: Maybe if I was as terrible as this guy I’d have to re-invent myself as Tibro if I ever decided to return.
MTG Dad: Oh boy, where do I start with MTG Dad. He’s a player who is just there to do the simple stuff, activity is OK, he can build, but so could a dog if you trained it well enough. He needs to step up his game and start thinking ahead of time, but it wont happen, that ship has sailed.
Spike: I think spike is the last, went inactive last round, looks like desperation. I’d pass this guy off like an unwanted christmas present.

Not sure why flip filled his family with muffins, I guess he wants a challenge. But this is a family of 2.

Schnider: Not even fit to be a captain, he started in 2003 and only just passed virgo.
Dronze: When Harry Potter is killed by Voldermort he goes to the ‘white room’ which people thought was a train station, but actually its the trophy room of Dronzes IC career. Empty.
Georgio: If Gerogio is luster then this ship is sinking faster than I thought.
Kratom: This guy irritates me because he is actually a fairly decent player but for some reason allowed himself to be traded from a top 2 finish to a surrender button.
Hell: Pinkcorn is just a pain to manage, uses discord 10 minutes a day. Follows orders well, prone to arrest, just a name on a screen.

0% chance of success, 4 chicken nuggets and one golden nugget, what a mcfckup.

Kingray: Finished last round 3 weeks behind every other family. I don’t know if he has that mirror from snow white in his bedroom telling him he’s great but Kingray, it’s a lie, dont trust her dont eat the apple! You would make my top 10 worst players, and 9 of those would be your previous multi accounts.
Do this family a favour and say nothing, do nothing, just go inactive, your chances of winning would be up 30%.
Jets: What’s the point, he wont do anything. you take his planets he will just blame it on his mood.
Bradys: Not sure who you are but you seem to like success, and that’s not happening here. But I’m a kind man, so take my advice, if Jets asks you to lend his friend Felicia money, she’s not real OK. And if Kingray asks you to do anything, do the opposite.
Ordos: The great oakenshield himself. Im starting to get annoyed by the fact your name looks like mine. Change your name to Doors and leave already.
Machiavellie: No idea sorry. If you feel left out chat to me on discord, i’m sure theres something about you that will annoy me.

Swaggypants: How many hats does this guy have. Nothing you have written in the past 3 months makes sense and I want to be the one to tell you.
Aeonflux: Why wasnt this guy picked first? The fact that he is in this family makes me feel like this is the winning team.
Madpeppa and Suicidal again i dont really know but they just need to agree with everything Aeon says and appreciate Swaggypants Hats.
Manos: Doesnt really pay attention to anything going on, can’t read, not active, not smart, i’d bin him day 2 and hope that Orbit randoms.

Swagga has gone off the rails, but he made a smart pick in Aeon, I back this family to do well. If not I back Aeon to wipe them all out while they sleep.

Rawr: Survived a round with Orbit, ego is up 10000 points, needs to take what he learnt last round into this round, has a weaker family so wont be a walk in the park, he’s going to explode.
Funeral: Lockdown means he is less on the sauce, can’t win without Orbit. Hard facts. wins with orbit 2/2 wins without orbit 0.
TheDR: I swear Pie has managed to add AI players to this game without us knowing, and this guy is 100% AI. Never wins, just makes up the numbers.
TBO: There used to be a player called Lightguns who was a great pax back in the day, once he stopped using the pax race everyone realised he was trash. TBO is the same, can only pax. (which anyone can do) If his play style doesnt bore this family to death his farmyard stories will.
Paytimer: Heard the name before, don’t think he’s here to stay. 100% would back this being a ploy by Flip/Cells to block a family out, those guys are dirty as f.

Well, good luck to everyone, I’d like to say it’s going to be a competitive round, but right now I just hope you all dont screw up as much as you usually do.

Lockdown does not mean less sauce 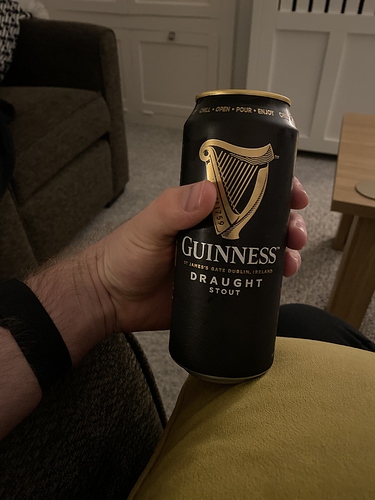 Disappointing PvC, previous one was a lot better. This time you just splooged all of your creativity on Hala’s fam and stopped caring after reviewing the 6th player. Also for a retired player, this is about yourself way too much. 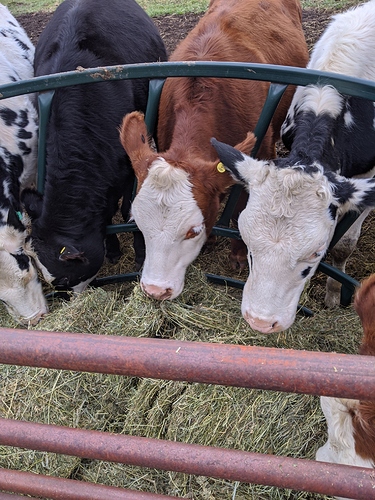 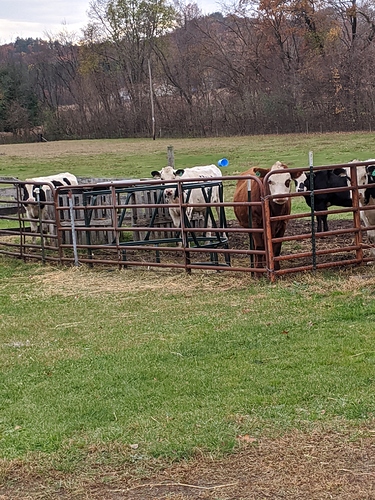 thats 4am on monday for us euro folk 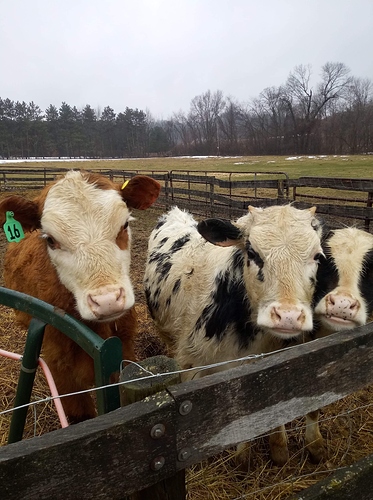 Did I forget to mention… Mooooooo

“Swagga”, first words out of his mouth

some strange popular demand people want me to do a PVC.

‘People’ must have been your few alter-egos

Lol orbit. Your too kind

As always a good read orbit

So how are people enjoying the round?

Uhh needing to be a little bit to active. 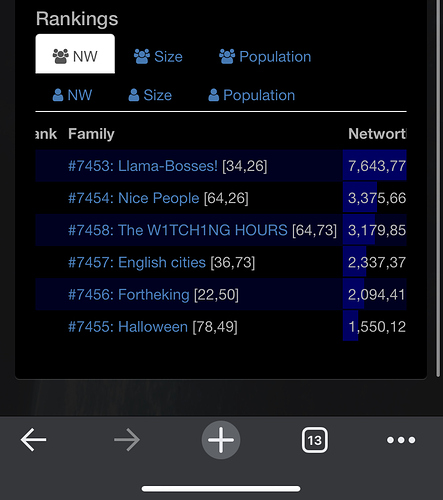 Boring. Can we end the round now zzz