IA - Strongly discouraged, unless someone is running away with it 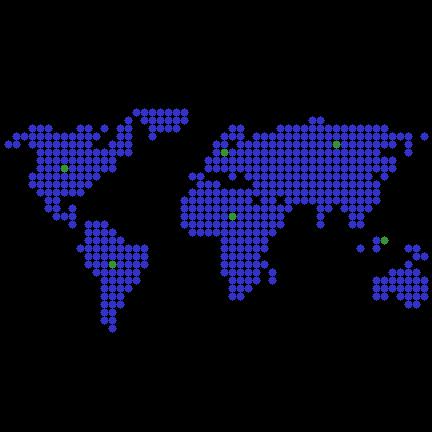 This galaxy is open to everyone and will run this weekend.

Six teams of 3 each starting on their own continent.

Here’s an Interactive Map Preview for the curious.

That is so cool!!! I pity for those who reserved a spot in “singapore” area next to Australia.

Lol, I requested that placement so they would have access to Asia. I thought putting them in the middle of Australia would make them too isolated and trap them there.

Well, i got Africa.

Still a few spots left to fill before it starts tomorrow.

Global tensions are rising as the North American Coalition made of The United States of America, Canada, and Jamaica have refused to attend a peace summit in which the rest of the world had high hopes of slowing down the pace of Western globalization and bringing unity back to the world.

Ever since the North American Coalition invaded Mexico to rid the once proud nation of the Cartel gangs that have come to dominate the country, we have seen a thirst for expansion. Many pundits claim the NAC themselves were propping up these Cartel organizations to bring instability to the Mexican region. Fears across the globe have only worsened as the same practices have been seen in Cuba, The Dominican Republic and the rest of the Caribbean islands as they fall under NAC control, giving them control of the entire continent.

Many fear the NAC has grown too powerful and reports are coming in that the NAC is attempting to bring instability to governments in South America, Europe, Asia, Africa and Australia. World leaders are calling for unity against the NAC, by forming a coalition themselves but the consensus is that it is too little too late as word of a “48 week plan” could possibly make the NAC the most dominate force the world has ever seen.

Hello everyone, there was an issue with the attack delay. Looks like it is 48 hours instead of 48 tics. We will extend the round by 48 hours to allow some more attack time. New round end time is Weds, June 6 15:00 GMT.

Hello! it looks like nothing much has happened since the round started in a way that the galaxy is still more than 50% unexplored and much more to do and achieve. Please consider extending the round a few more days.

I am just going to let it end and start a new on this weekend with teams of two and two planets per system. This way teams will hopefully be even and the fight for planets will be because of necessity and not just to mess with another fam.