The community is probably already aware of these issues, but seems we have ran into a few bugs during game play so thought I’d give it a mention. 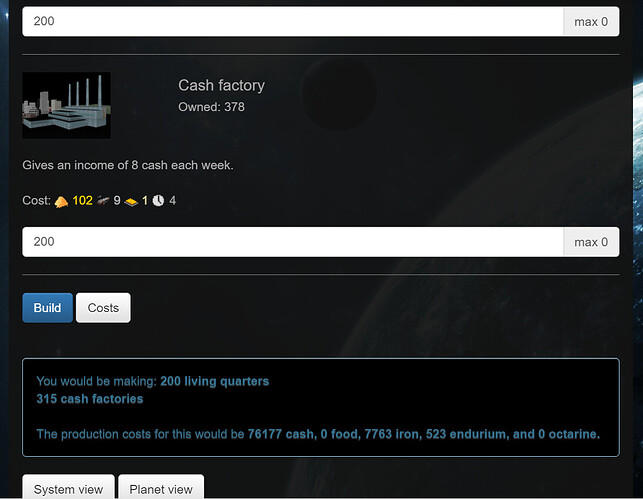 I reloaded the planets page and tried the costing again and the same happened.

We noticed this during our war with 17 but basically we offered them a NAP which at first they declined to sign. This caused our players to get this message.

This means we had OFFERED them a NAP which hadn’t been signed which then stopped us attacking, but did nothing to stop them attacking us.

I’m not sure but I think the rule is…

If you offer them a NAP you can’t attack them.
But if they attack you again, then you can attack them again.

Not sure to be honest it just felt weird and glitchy as obviously we hadn’t singed a NAP and was still being hit. It seemed to go away but felt strange a few of our players getting the same message stopping them attacking with no NAP signed.

When a NAP was signed we are still at war.

In this case we have a NAP and a war with the same family, at the same time, which feels a little odd.

I thought it was worth a mention.

Are there any other details regarding the 200/200 building issue? I was unable to replicate this: 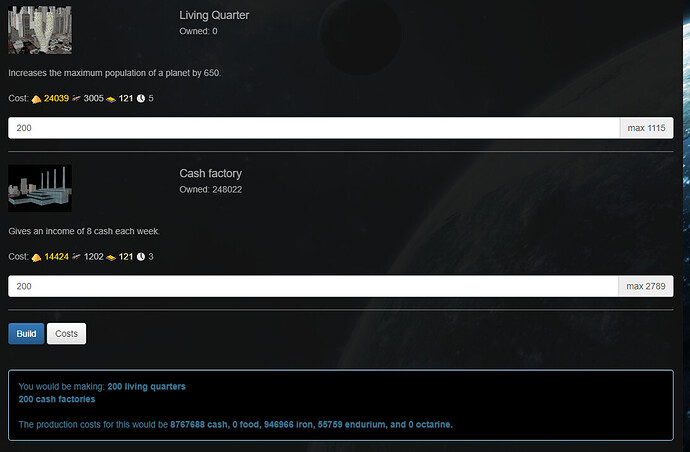 I can see max: 0 on your end. I put all of my GC onto the market and still couldn’t get this using that information.