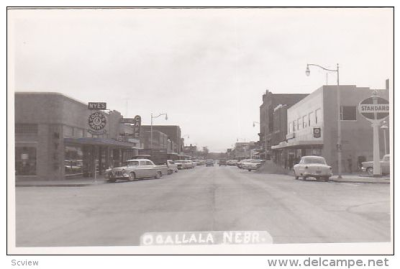 It was the summer break between my freshmen and sophomore years at North Western Nebraska College up in Gordon. The summer started like any other, I came home to the farm, helped around the house, helped keep the cows fed, chickens fed, dogs fed and if there was time enough before I would have to head to work, me fed.

I worked in town at the tire and oil change shop owned by my Second Cousin’s Uncle Schmittie. Well, that’s what we called him. His actual name was Ben Schmitt, son of a Benjamin Schmitt Jr, he was technically a Ben Schmitt the Third… but one really does that anymore. With everyone coming home from Korea, now that the war was over, the only real excitement was reading up on the space race between the US and the Soviets. President Kennedy vowed we’d get to the moon, so like everyone else, shared in the excitement of the Space Race. So, Schmittie’s cousins from Houston were coming up for the Family Reunions down in Ogalalla out at the new army corps of engineers lake. And he had been bragging the past few months about how his cousin worked at the space center down in Houston, and was looking forward to seeing him at the reunion…
So, since he didn’t close til late night on that Friday the reunion was to start, I was gonna ride down with him to our cabin. Well, this started off quite the story. So, here, let me tell you how it went. 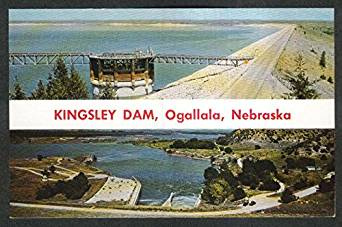 That evening we pulled in off US 26 on the west end of the lake by the dam. All the cabins where new, in fact, most of them had that new paint smell to them, and some even still had trim that hadn’t been installed in the rooms. We parked and I grabbed my bad saying good night to my cousin as I headed over to my families cabin.

I was awoken at about 3am by the sound of a horn and blue lights flashing outside the cabin. Out in the parking lot, there was a sheriff’s car, and a few other local fire department volunteers with their civilian lights flashing. They were bringing up a body in a gurney, covered by a sheet. I saw some people I didn’t quite recognize talking to the police, others standing around in groups, talking or hugging each other to console them each. I approached one of the few people I did know, my cousin Tammy and her daughter Dannielle, and quietly asked what happened.
.
She said one of the local fisherman had apparently fallen overboard during the day and downed, the wind had kicked up some white caps later in the evening, and the divers had just found the body. I guess he had taken out the mother in law of Schmittes cousins to try to catch some of the lake trout that was stocked up 2 or 3 years ago, and were just not getting to decent sized. The Sheriff didn’t look pleased about things when he looked under the sheet, and called in some things, then sped off with his sirens going…

Also they said the father-in-law had an accident, during the winds, cuz he was out climbing down the bluff up in Scotts Bluff with Pops, the gear had failed, he had made some rather acrobatic tumbles and landed at the bottom of the hill in a broken heap. Pops said it was the dammedest thing he’d ever seen. Guess the Father-in-law was part of the 101, and was a paratrooper in europe during world war II. He was an onry sort, but had an indelible smile. Much of what I remember about his smile is it made you like him no matter what… But once you got to know him… he was a mean bastard. It was sad to hear about his death.
.
Sunstorm (Plain Town) was Killed by the Mother-in-Law (SK)

Father-in-law (Back up SK, aka Nai) was killed by Pops (GF)

Story courtesy of the amazing Nai. Thank you Nai!!

Story for their deaths to come later possibly.

Oldie (plain town) was killed by the Mother-In-Law (SK)

Ordos (Doc, aka “Mother”) was killed by a member of the mob.

Rizzy (plain mob) was mod-killed due to missing 2 votes in a row.