Can we have a poll for a new map? This andro map is trash…

I vote start over and get a new map

You must have landed in one of the bad spots

Won’t join, because I know I will lol 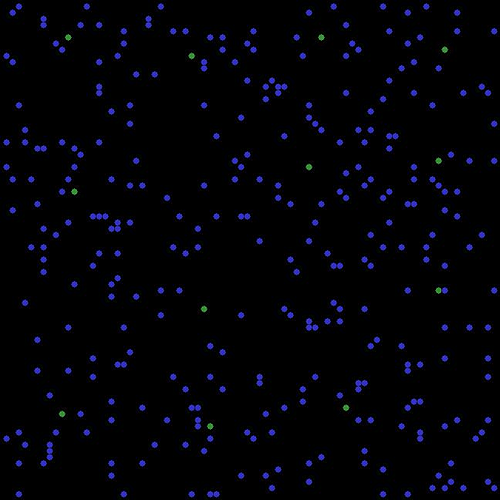 The Big One - Thank you for saying what I was thinking, the new map sucks.

LEFT - One super lucky family with a huge area to explore.

RIGHT - Four families all crammed into the exact same amount of space.

I have to say however, last rounds map was awesome, despite only getting to play 80% of the round I really enjoyed that.

Guess to me this new map feels small? 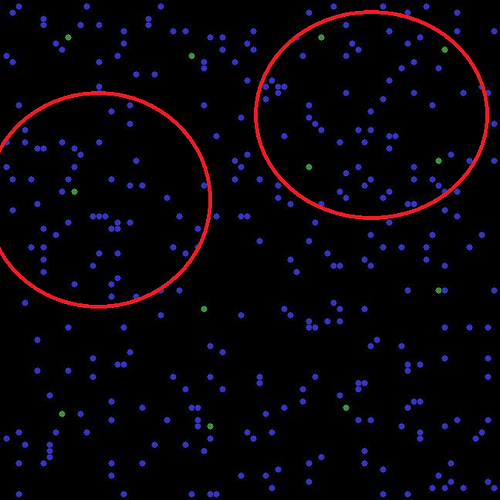 Now look at the bottom left in your right circle.

They have what? 6 hr flying before they can expo land?

That puts them 6 hours behind.

Just my opinion I guess

Yeah they are in the middle of nowhere!

Wow nearly 80% of players unhappy and no change.

With moves like this I can see why so many players have left.

Is there a round next month, December? If so might just be worth coming back then rather than playing on this awful map for an entire month.

I have to say however, last rounds map was awesome, despite only getting to play 80% of the round I really enjoyed that.

Appreciate the love for the last round, @kingray suggested the parameters and I turned it into a map. In hindsight we should’ve made it smaller, even if by only 100 systems, but glad people enjoyed it as I did making it.

Meh not an enjoyable outcome for some but just gives more future control for the players. I will personally be trying to design a few maps for next round. If multiple people do this there should be no need to resort to a randomized map for quite some time.

Just need to find the tool to make the layout parameters…

Wish it was a simple thing to do as well but unfortunately it would require everyone to get deleted, then new map setup and then have everyone rejoin again.

Can understand both sides of this one.

I was gutted to have missed the first week and would happily play that map again sometime, was a neat idea and well made.

Guess its just a shock to go from a nice big map with plenty of space to grow straight to a tiny map with hardly any space and huge open areas of space with nothing there.

Think some families have a 5 or 6 tick flight before they even find an iron planet.

Really this map could have done with 2 or 3 less families?

Wow nearly 80% of players unhappy and no change.

With moves like this I can see why so many players have left.

Why do you only see the negative, and ignore that the Andromeda 51 Plan was set up specifically to allow for players to openly participate in the setup process?

A smaller map was actually what players wanted and voted for. We aren’t as dismissive of player voice as you’re making it out to be.

The map has some problems, but it is random. We can’t just remake it without deleting everybody and asking them to rejoin and/or delaying the start, which has in the past resulted in even fewer players playing because not everybody will actually rejoin.

This vote won’t make any difference even if 100% voted for it. It’s not because we don’t listen, it’s because what is being asked for is not currently viable.

Guess I must be confused because in the “Andromeda Plan” which I did participate in I don’t actually see anyone asking for a tiny map?

However I didn’t know the map couldn’t be changed without everyone deleting.

I had just assumed you could upload a new map file or something and didn’t know everyone would have to delete / re-join which kind of sucks but I see the point.

However for a returning players first full round back I would say that:

Then sure a super small aggressive map that will require loads of activity and fighting is a little daunting / negative / not easy.

Maybe I’m wrong? But I feel with so many families and such little space given then the last 2 or 3 weeks of this round will be a real struggle that requires a lot of activity and heavy fighting, all leading into Christmas.

I find it very funny indeed that you say I focus on the negative when I have just been praising last rounds map and giving a veteran player credit for his work.

Also for the record if the VOTES don’t count then please ask all of your mods / forum mods / veterans players to please NOT post any more votes and to actively delete them in the forum if people do.

Either way nearly 80% of people are unhappy with the map so sure I’d call that negative, sorry if you disagree.

This is solely based on the Andro 51 plan thread:

To be fair, if we are technically going by who commented only one person asked for a “smaller map” and the exact words were “smaller than Andro 50’s” (phrased for context) another said “medium or large” and another said “no opinion” while others didn’t comment at all on map size. Therefore Pie is not wrong for saying its what the players wanted.

That being said, @I_like_pie , you saying this is what the players asked for is just a way to cover your almost non-existent effort to gauge player suggestion for future rounds.

If a week before A50 ended you put up that post. There would be a a better representation of what players wanted…

At the same time @Water your personal life is just that, personal. Unfortunately, IC doesn’t fit into a busy lifestyle with children and a busy work schedule. There are many that feel the same way you do but unfortunately there is nothing to be done about that with the current state of this game.

Other than that, we just gotta make due with what we got.

This is ridiculous. Almost non-existent? This is more work with the players than our old ownership ever did. Players used to have 0 say in round setup, and now they can literally choose the options by vote.

Managing this takes time and effort which I could very well not do. You take this openness and opportunity for granted.

This is ridiculous. Almost non-existent? This is more work with the players than our old ownership ever did. Players used to have 0 say in round setup, and now they can literally choose the options by vote.

You take my time and effort for granted.

This is in regards to this round and this round only…and by default it’s not your fault. No one really voted so all the blame is on the players…

Furthermore I don’t take anything that you do nor your time, for granted and I for one; am really appreciate of what you have done and are still doing. it’s just one bad round, that doesn’t affect anything you’ve done previously. Just like we players have a bad round every now and then.

In terms of process it’s no different than any other round though.

I don’t see how my effort for this round is anywhere close to non-existent.