How I'd Speed Up SOR?

How I’d Speed Up SOR?

I think this is a subject that needs addressing.

My main concerns here are that rounds times have drastically shortened since the old days and that generally start of round can be a little slow anyway. In this case if round times have shortened and people don’t like my idea of me getting more resources than everyone else then it seems to make sense to speed up SOR.

That is what people wanted right? Like quicker rounds but with more action.

Okay, so the question is then what could we do to speed up SOR and that first 3 or 4 days building, that first week?

I mentioned this in my other post but basically I do think it would help speed up the game a little if peoples home planet was a lot better. 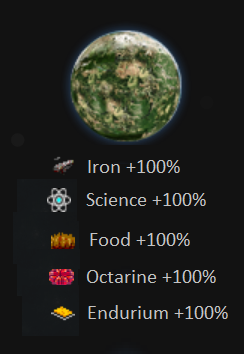 I guess that picture looks like overkill, however it could simply be 50% iron, or 50% science, simply something to help speed things up a little.

I find it strange that you would pick a base planet and pick the one with +5% iron. Basically the race you are playing has invented space travel, so you would assume by this point they are SHIT HOT at refining Endurium, that they have truly mastered refining Octarine or how else have they reached the stars.

Personally I’d be okay with each home world having +50% to everything, or even +100% as after all its only one planet and would mainly effect things at the start. For an example if a planet has +100% in everything then do you crack a science start? Do you go iron? Do you do something crazy and build it out with Oct?

I think it would “Very Slightly” speed things up a little and also give many new starting strategies for people to try out. Just a little more fun at the start really.

I would also bump the home planets building space from 250 to 500 as again this may help speed things up slightly.

Putting it blunt why the hell are we waiting 6 tics for the first wave of expos to build? I can literally feel myself getting older! Honestly you start the round and once you have added up facts such as…

You can’t explore until your planets are 50% built < CF thanks for coming!

Then six tics to build ships.

Honestly what are we doing making this intentionally hard? Like are we making this difficult on purpose?

Now, I know what someone will say… They will say, that for some totally bizarre insane reason that I want to change the SOR to somehow give people in Europe an advantage! That I’m some kind of evil mastermind who wants us in Europe to have a sneaky advantage, when really I couldn’t give a toss.

If the time the rounds starts is some big deal then just change the time the round starts! This isn’t about advantage, this is about shaving off 6 hours waiting for expos to build which puts us 6 hours closer to actual game play and action.

I think it would be better / quicker if you started with 10 ships and was able to send them straight away. The your planets must be 50% built thing disabled for the first wave of expos or something like that. 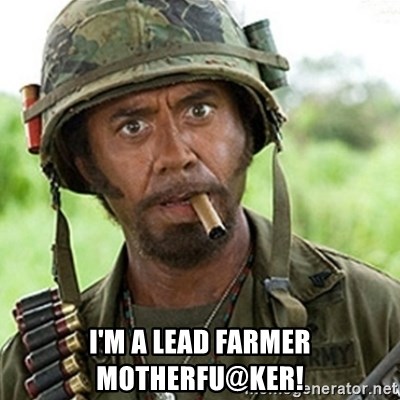 Okay, so if we began the game with 10 ships and sent them in the first tic then obviously we are missing 6 hours build time on the ships. This means your ships will land 6 tics quicker and planets will get 6 tics more population growth.

With that in mind we start with 10 farms but would suggest raising that to 20 or 25 to handle the first 10 expo’s and extra population growth. Food is almost redundant now unless you fancy a population banking adventure, but a few more farms early round might help stop a few mistakes or the need to grab a farm planet as quickly.

I think the usual thing that happens in families is either:

Option A: No one expo’s a farm planet until someone notices you have no food.

Option B: Everyone explores a farm planet and you end up with a metric shit ton.

Some extra farms added to home base might ease that burden a little.

Well… I am always eager to hear about ideas that would help to fix population banking or at least make it slightly more appealing.

You know the score, on occasion someone has a day dream and decides to try population banking, but actually its slow, a bit broken and could use some work in my opinion. In this case I’d propose that for the first the 3 days of the round there is a massive increase in population growth.

This ties in with above. Start with 10 ships. Start with 25 farms. Send out ships fast which are then hit with high population growth for the first 3 days. This helps every banker but especially those wanting to try a population round. If a family wanted they could even play a challenge to see how many planets we can get on the population banker in the first 3 days of the round.

WHAT ARE YOUR IDEAS TO SPEED UP START OF ROUND?

I feel confident some of my suggestions will be implemented soon…