It is no longer possible to collide with family members sending exploration ships to the same planet. 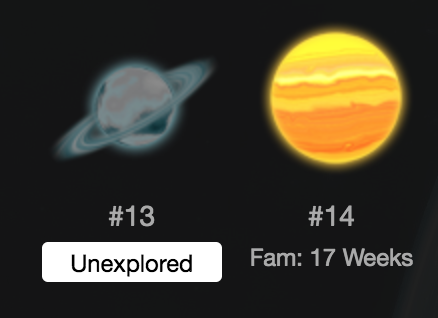 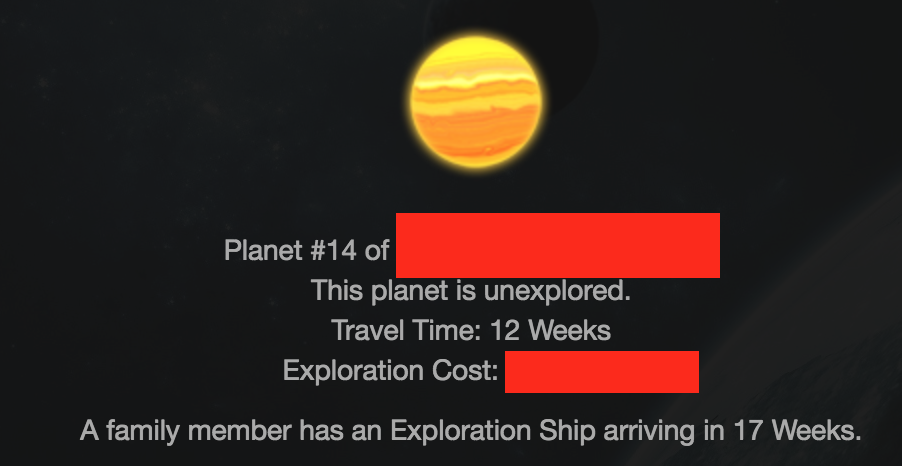 @Picklearmy
It is a great idea, I am glad you got this one through.

@Imperial_Conflict
War exploration has been significantly altered (mo ships, mo chances). I feel we need a chance to “beat” family member to planets in some cases.

Just coordinate exploring blown planets better… each fam has one shot at exploring a blown planet… although I guess ability to override the warning wouldn’t be too terrible.

The ability to override the warning.

I like this one. I’m not a fan of hard restrictions but this new feature will save enough headache to be worth it.

Being able to override it would be the best of both worlds.

Just coordinate exploring blown planets better… each fam has one shot at exploring a blown planet… although I guess ability to override the warning wouldn’t be too terrible.

In a war the more people exploring the planets, the more chance a fam has of getting them. Hell even the amount of available ships is important.

I think “The choice to also send an exploration ship.” is a better way to say it.

(Black screen - voice over actor Jon Bailey reads:)
It’s 3AM…
@Mint and @IC_Death blow up 20p near your family.
Your Kazakhstani, -Inc, 40% LQ, No TO, Quantum, who always needs food (named “Shim”) is on.
Shim sends 47 hour fleets to the planets.

There are significant issues without the “Choice” button.
/me sits around for 10 days for this to become readily apparent.

You have an override, just use old map