I guess this would take to much coding.

However, I think it would be really cool if each family had a list of family defense upgrades.

Now as it stands you can go into the “Family Defense” section and build defense stations, which is fairly cool anyway. However, I think it would even cooler to have a long list of family upgrades that you can buy and that once purchased effect the entire family.

In this case a family could build defense station and then ANY 3 of the following.

Expo Upgrade: Expo ships cost less or maybe all get a 10% speed increase.

Wizard Upgrade: Wizards for your family cost less to build.

Agent Upgrade: Agents for your family cost less to build.

Laser Upgrade: Lasers for your family cost less to build or maybe get 12 shots and not just 10.

Operations Upgrade: Your family all gets access to 1 new operation.

Spell Upgrade: Your family all get access to 1 new spell.

Speed Upgrade: Your family all get +5% speed.

Station Upgrade: Your family gets 50% cheaper costs to station troops.

Soldier Upgrade: Your families soldiers get +1 point in ground defense.

Evolve Upgrade: Your family members all get 1 extra evolve.

Morale Upgrade: Your family all get 10% more morale or they regain morale faster.

Resource Upgrade: Your family pics 1 resource and then gets a 5% bonus on mining that.

Fleet Upgrade: Your family is allowed 2 fleet admirals each getting the +5% attack.

I guess this would take to much coding.

It never hurts to brainstorm!

This is a cool idea. I would need to break it up into smaller pieces of work I think, but there is something to it for sure.

I do see one challenge in particular though: how could we prevent this from overpowering already large families? Presumably the big fams would be able to max out their upgrades while the smaller families would struggle to get even a single upgrade that they would desperately need in order to compete.

I would be worried about something like this increasing the power disparity, which is already a big problem.

Maybe the effects could be inversely proportional to the family size?

So at the start of the round everybody can race for the upgrades, but as the round goes on they become less effective for the big families but still an attractive goal for the smaller ones.

By EoR, it would be a waste of money for a big family to purchase yet another upgrade that doesn’t do much, but a small or mid-size fam could still find value if it helps them close the gap.

What do you think about that?

I’m glad you like this idea Pie as I think it would be really cool.

To be honest however, I didn’t really think about the power divide between big / small families.

I mean that already seems to be a problem anyway, WITH or WITHOUT this idea.

However, I do think this would be a cool idea because it gives every family the option of trying something a little different each round, without being stupidly overpowered.

Guess I like the idea of things that effect the entire family at once.

Things that help to build family spirit / family fun / family options as after all its suppose to be a game about families rather than personal glory. Like maybe this idea would help family teamwork and help to give some memorable or fun rounds as families try out different upgrade combinations.

PRICE: My idea regarding these upgrades wasn’t really to make them expensive or difficult achieve, more than each family (regardless of size) gets to pick any 3 options from the start of the round.

The idea was to have ENOUGH upgrades that families really have to think about what 3 they want.

Like for me this idea has nothing to do with power, but more connected to…

To create those rounds where a family manages to pick the right 3 options for that map and ends up having a really fun round as a result.

I mean the top family are probably going to destroy us anyway, but hey at least this way they might have even more fun as a family doing so. Like it gives every family something new to try out and think even the most experienced of players could have fun trying different combinations.

I guess it could also be linked to the families net worth.

That in some respects is how our own world has functioned.

The Samurai are a good example. YEARS worth of training put into one man, but then later when the army grew each solider was given less training and it became more about numbers.

In that case a family could lose the upgrades the bigger their empire got.

The original samurai being replaced by rank and file troops instead.

Well I think having a “Family Upgrade Center” would be cool.

I really like the idea if things that effect the entire family at once, which again isn’t for power reasons but simply to help build family play / family fun / family cooperation and so on.

Maybe one of the upgrades could give access to a new spell or operation. But its a spell / operation that effects the entire family when cast.

Maybe a good example of this is the MTG card… HOLD THE LINE. 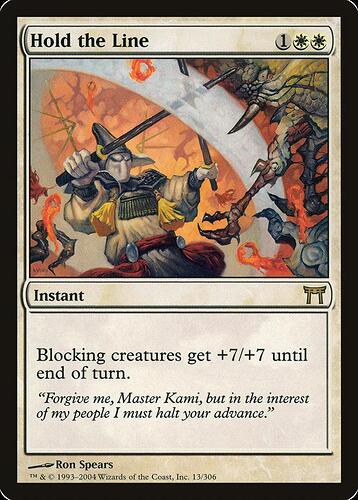 In this case your wizards cast a major galactic spell that effects the entire family seeing everyone your family get +5 ground defense for 3 tics.

Maybe another good example is spells / ops you can cast on specific family members. 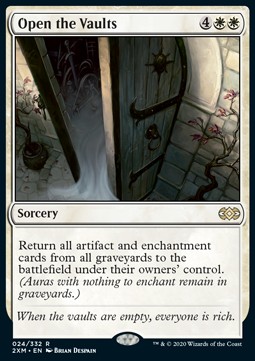 In this case you would cast open the vaults on your family banker and they would get +100% income for 3 tics.

Guess I just wish there was more things that helped family play / family spirit which could include.

A: Family upgrades.
B: Spells / Ops that effect the entire family.
C: Spells / Ops you could cast to buff a specific family member.

Now as it stands all the ops & spells are used to target enemy families rather than your own.

Think it would be cool if ops & spells were 50% offensive and 50% defensive.

That alone would be cool, the chance to build a special operations player specifically designed to buff your own family, making them a defensive spell caster rather than just offensive. 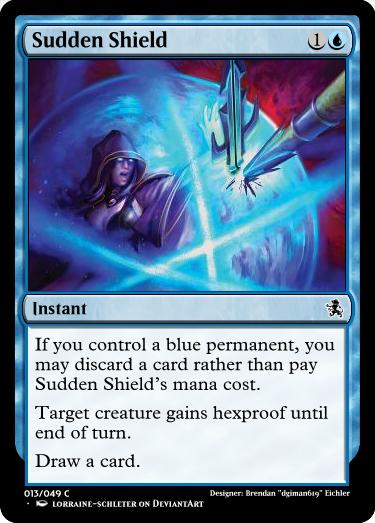 i love that you used MTG cards to make ur point