Thank you everybody who joined in the test. It will be closing on Sunday, March 17.

As this was a test, rankings will not be kept.

The biggest concern about performance were put at ease; it seems that the 9x map didn’t cause any significant issues.

Second to this, it may be worth waiting on the real start until the following features are ready:

Additionally, some have expressed the need for a balancing mechanic to prevent a top team from becoming untouchable. This would benefit all galaxies, but would indeed be especially important for a never-ending one. What feature that takes remains to be seen, but your suggestions are welcome in #roadmap:ideas.

For now, there is no start date planned, but we will adjust our priorities accordingly to get this launched asap.

Can’t wait for the real deal!

Make it 1 man fams and id love to join.

The one thing I’ve really enjoyed about Infinitum has been spreading my wings and soaring to all corners of the galaxy. At one point I had amassed 260+ planets across 250+ systems. Try ever accomplishing that feat in today’s core gameplay. For those of you who have never experienced such a galaxy, here is my planetary map as of a few days ago. 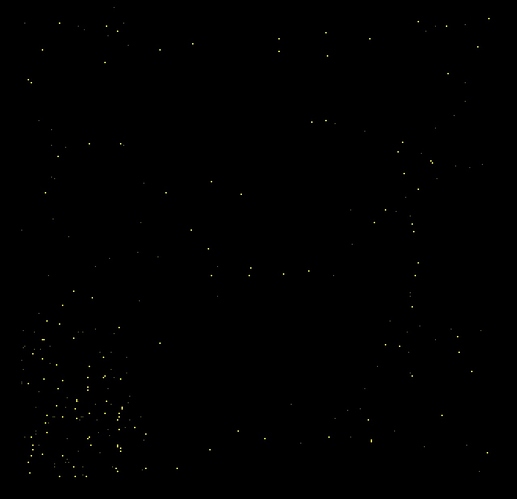 This is a 300x300 grid. It took more than 90 hours of flight time to reach some of those systems!

This is how the game used to be played. You explored far and wide creating waypoints along the way so that no system was ever too far from another in case you needed to retake it from an aggressor.

Despite being a large galaxy it is is actually pretty relaxing too. One downside to the core strategy is the vigilance needed at all times. If someone breaks into your core they can inflict major damage to you and your family in very short order.

That is not the case in Infinitum. With so many planets across so many systems, it is nearly impossible to cripple my empire. Slowly smash my fleet and take a planet every few ticks? Most definitely. @TIF has been doing that for a few days. And to be fair, I did provoke him by running a clearing raid of his banker within three ticks of my systems. Turnabout is fair play. Although I assume he was a bit annoyed to see I didn’t bother to station 550k fighters for more than a day.

Infinitum actually has too few of players at the moment to be sustainable, but that is OK. It was just a test that was invite only. Being a never-ending galaxy I think starting with fewer players is not a bad thing. It is not meant to be a normal galaxy. Empires will come and go in this galaxy. Old ones may become too large and fall into disrepair when a ruler becomes decrepit. New empires will flash into existence and young leaders will blaze new trails across the galaxy, providing a new spark to the game at irregular times.

In a way Infinitum is similar to how a Slower IC Galaxy might play out. Those suffering from tick fatigue should be able to still get their IC fix within Infinitum without feeling the need to be online 24/7.

There is potential within Infinitum to be the antithesis of MW today. I believe it can be a place where players spend many months and some even spend years exploring its vastness. I believe that whether it is comprised solely of self-sustaining empires or the upcoming family/alliance setup, that Inifinitum will draw the type of players that seek a laid-back experience, yet may also welcome a little structure such as the old Code of Honor.

As strange as it may sound, Infinitum could even serve as the instructional galaxy for newbies. Harkonnens for one always have loved teaching newbies. Once they are familiar with the game and ready for a more active galaxy, then they could move onto Milky Way and its entirely new set of challenges.

(Were you getting worried @HellRaizeR that I might not work in that reference?

Infinitum needs more flavor. We all know that. What @I_like_pie is proposing in NPC Targets and other features down the road may be just the spice it needs. Throw in some rum too just for nostalgia’s sake.

I’m glad to hear this description. One of the visions I have for this is to offer a variety of pacing exactly like you describe.

You’re reading my mind about training. This is already going to replace #manthano as the never-ending offering, and I am planning to introduce a protection mechanism in which players can play safely so long as they stay under a specific size threshold and do not attack others.

If/when we do that, we won’t have any need for a separate training galaxy at all. With the deconstruction of families in favor of alliances, inactive/newb empires will ideally be left alone to explore and play in peace instead of treated like a nuisance and liability.

A little rum sounds nice too.

i would love to play infinitum with a small team, sounds super fun with the never ending idea.

Just to clarify, big battles are possible within Infinitum, and they would have the potential to be HUGE. The likelihood of them is diminished though if empires take advantage of the vastness of the map and mostly abandon core gameplay.

It will be interesting to see what type of map mode provides the most fun in Infinitum – Standard Map, Limited Map or Map Fog.

I’ve been a vocal supporter or Map Fog largely in order to return IC to a more Old West feel from before core gameplay became the norm. Definitely a mode that should be used in a hardcore galaxy. If that is the best mode for Infinitum though, only time will tell.

I enjoyed the big map, was nice exploring all over the place and only taking the best resource bonuses

Take a look at these bonuses 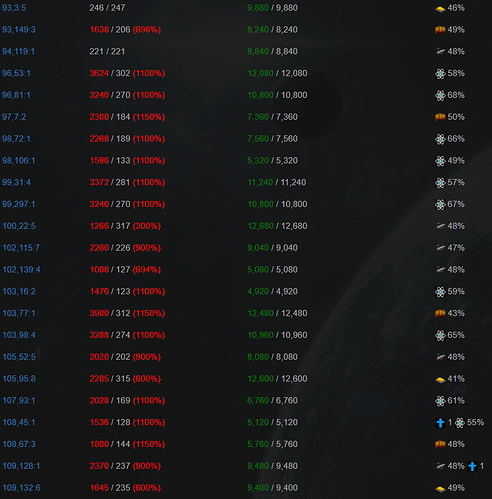 However while the map is big, it isn’t big enough to provide protection, i was mostly exploring to box ppl in and keep a nice buffer zone around my banker, 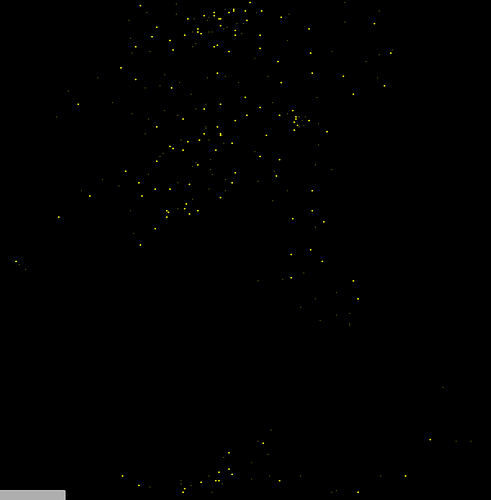 I had a nice little skirmish with Terror_of_the_Night, i’m not acutally sure why my banker MTG_Dad explored into his area, but i reacted when Terror_of_the_Night then counter explored closer to the banker core, was fun finding all the new explored planets all over the map

But annoying running figs down with tick attacks. Tho i could have just added crazy figs and done it faster as mtg just keeps sending me gc, but I didnt want to blow all the planets

That’s so sweet lol, I expect a different story once Milky Way dumps it’s trash into it.

Map size is 300x300 which is 9 times the size of mw, but you can see that my area of control is maybe 1/3rd of the map which is about 3 mw galaxies, that’s after 1200 ticks or so since I joined it, if galaxy was to go on another 1200 ticks there would be some more serious fights and someone is going to come out on top with and control at least half the galaxy if not more by then.

Morale costs do provide some protection of the smaller players especially if your playing solo.

So without other changes I would keep it a solo galaxy. Allowing families gives the option of running small attackers which removes this protection.

I enjoyed the big map, was nice exploring all over the place and only taking the best resource bonuses

You thought you took all the best bonuses? LOL How about these crazy combo planets!

The abundance of morale planets is plain redunkulous too. Already have more than 30 and nearly every one of my systems have only one planet explored. No telling how many more I’d add if I filled in those systems down the road.

I also lean towards thinking a solo galaxy may provide best gameplay. Plus, some of the ideas we’ve discussed in the #think-tank may alleviate concerns about a lone player dominating the galaxy. Whether it is Infinitum or a small custom galaxy, there are a lot of new possibilities to test out whenever @I_like_pie is able to code them.

Thank you everybody who joined in the test. It will be closing on Sunday, March 17.

@I_like_pie, care to announce the final tick of the round in advance? You know for those of us who like to play to the very end.

Sure, end will be on 17:00 UTC. Rankings are gonna be wiped though as soon as it resets for the next test.

But the game keeps time in GMT.

The Infinitum Test has ended!

Thank you all for taking the time to give it a shot, and for the feedback too.

As for what happens next, I am planning to open Infinitum at the same time as MW69. I originally wanted to have some features ready, but my day job is getting busier and I can’t guarantee any timeline.

So, we’ll open it publicly, knowing that it isn’t perfect, but planning for it to take on new features as they come.

It will replace both #supernova and #manthano.