A review of Andro 55 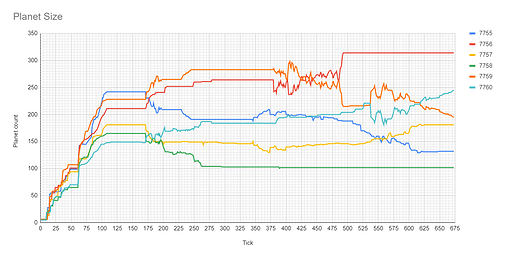 Three fams kept pace for the opening week of the round (expo/no aggression phase), with 55 (Space Cats) having the planet lead as the opening week ended. Second was 59 (Special Forces) and third 56 (Fusion). 57 (Blonde) , 60 (Anon) and 58 (Crayons) rounded out the table. 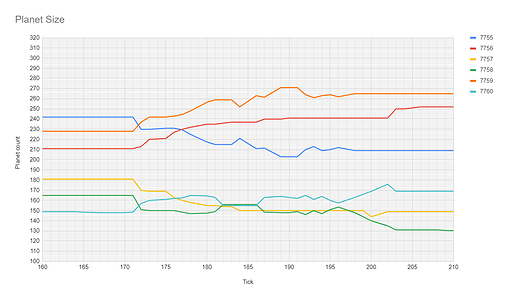 Once the one week wait for attacking was up each fam ended up in a war, with all six fams pairing off in a very honourable manner. 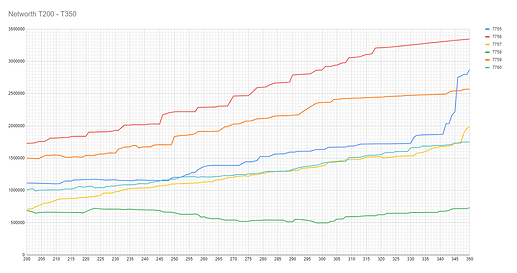 During the next 150-ish Ticks was mostly econ-jumps (except for the ongoing 60v58 epic, and the 55 (Cats) v 57 (Blonde) war that kicked off just at the end of this phase. 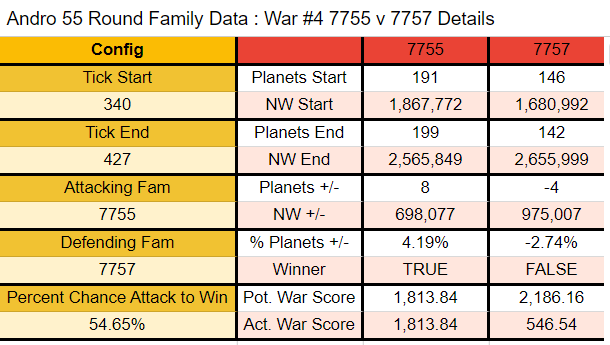 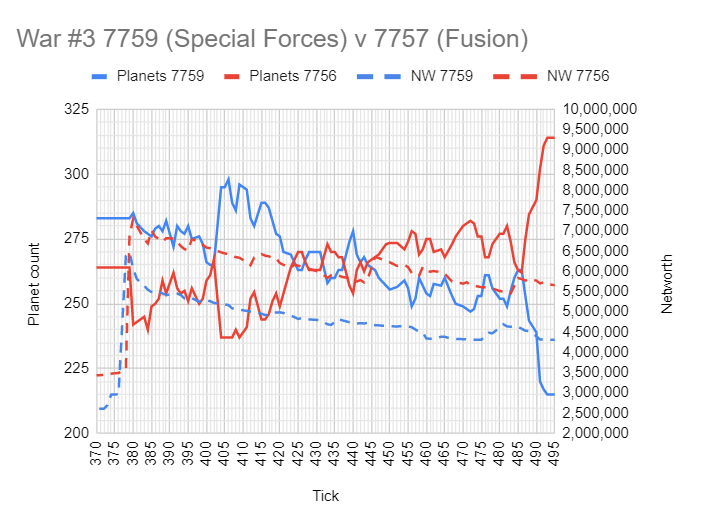 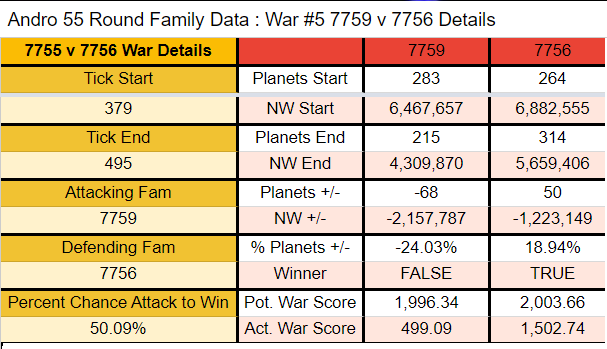 End of Round Wars and Jumps 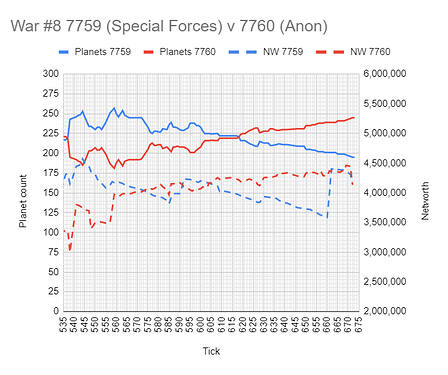 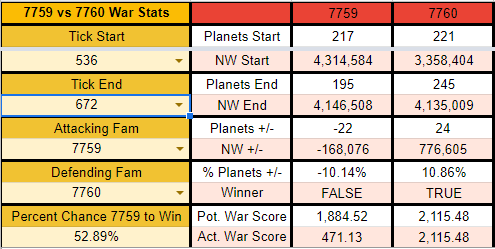 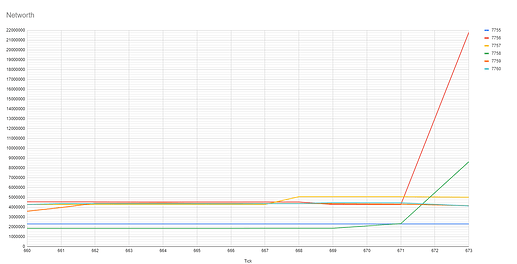 Results show similar results to Size, but results over time give an indication of econ strength (NW). Also results over time clearly show improvement of 7760 over whole round, and decline of 7755 and 7759 after losses.

War score is based on the calculations for victory in Clan Wars. Over course of last few rounds it has shown as a good indicator for war winner prediction, as well as indicator for most war like family. War score is shown here for information purposes. All war summaries use potential war score (war score calculated at start of war) to determine odds of declaring fam winning war.

Elo rating is a system (normally used for games involving 2 players) that attempts to rate a players expected performance based on past performances. I have adapted it for use in IC in 3 ways. First is to give a running score based on NW ranking, second the same for Size ranking, and lastly as a rating on war performance.

Ratings are biased towards war performance.

The Elo rating should show expected outcomes in future ticks, i.e. high Elo should indicate that a fam will be higher ranked in Size and NW rankings, and more likely to win any war when compared to a lower Elo rated fam. Is a good indicator of war performance. Elo ratings could be used to later determine player ratings.

This was calculated using the standard Elo calculation, modified slightly

E is calculated based off the last ticks Elo for the fam, and the average Elo for all fams in the galaxy

The dElo(War) is the change (delta) in Elo ratings from wars. It is calculated as follows (Standard Elo calculation)

E is calculated similar to NW and Size ranking Elo, but uses the Elo of the 2nd fam in the war

After war ends, the final score is determined based on who won the most planets, and how many planets they won

wow this info is so fun to read

I applaud fool for keeping this neutral with him playing the round with us. Great write up.

On this, what do people think of the alternative scoring… is there something there in either score? It is something I have been banging on about for most of the last 3ish years

Also, what stats would people be interested in seeing for the galaxy

Thank you, this is the best part of the round @You_Fool