I noticed @Sol_Invictus got blocked from discord today for breaking the rules. To not miss anything, i had to read up and there was something that did bother me.

(mocking, against the rules)

The DoctorToday at 11:45 AM
And Sol is his bitch number 1 in the prison showers

(insulting, against the rules)

You don’t know shit about me Mother fucker, ive never paid alimony to my 1 wife and i’m a bad ass BLACK MAN

The following applies to in-game messaging, forums, and chat.

So i am here, asking, did Pitbull also broke rules, or NOT ?
ps. my intentionst arent to get Pitbull blocked in discord(i just want that hammering to be equal)

I know breaking rules doesnt mean u get blocked immidently. Sol could been worse, but even then, why no word for Pitbull because he obviously did break the rules aswell.

It would look alot better from a game-owner, if u would have atleast told him aswell in discord to relax abit :)))))

Sorry @The_Doctor , sorry @Sol_Invictus and @I_like_pie to involve u all here but i had to ask. whats up

That is correct, there seems to be a double standard. Not to mention, The Doctor also made the same remarks ingame.

And before I can even reply, you close the topic I’ve made.

So what about that, who decides if something is a joke or offensive?

That would be @I_like_pie!

Welcome to the joy of capitalism!

“Contradictions do not exist. Whenever you think that you are facing a contradiction, check your premises. You will find that one of them is wrong.”
― Ayn Rand, Atlas Shrugged

@Tezcatlipoca, no need to apologize, you are asking a reasonable question.

It would look alot better from a game-owner, if u would have atleast told him aswell in discord to relax abit :)))))

This is a fair point, I should have made it clear to everybody to tone down the questionable discussion.

However, the big difference here, as I mentioned in the other post, is that @Sol_Invictus was warned previously about making jokes about lynching black people. This is quite a far cry from Pitbul calling people gay.

The use of homosexuality for trash talk and humor is a larger topic, and something that’s trickier to deal with even though that is also arguably offensive as well.

The answer to the questions above is, “it depends”. 2 people saying the same words can mean very different things depending on the context.

In @Sol_Invictus’s case here, it is also a huge factor that last year after he joked about having dead black people hanging in his back yard, I told him privately:

We don’t tolerate this. Consider this your only warning.

Yet, he still sees this behavior as acceptable, and only complains about others breaking the rules once he himself is caught up in something.

He’s very familiar with playing the victim card as he is also doing here and screaming “discrimination” when others don’t get banned, despite others not having the same history of violations, warnings, and context.

It only is discrimination if you ignore @Sol_Invictus’s past here. Think about it: why would I have any reason to unfairly ban @Sol_Invictus over other people? Why would I bring this drama onto myself, when I would rather be writing code?

The truth is much simpler than discrimination or conspiracy: a player here who has been warned in the past about making racially charged statements has ignored those warnings. That player is now being held accountable.

So what about that, who decides if something is a joke or offensive?

That would be @I_like_pie!

Welcome to the joy of capitalism!

Up until 2016 that was ultimately Stefan. Now it is me.

In the forum, the community can help with post-flags, but ultimately it is my call.

Its always double standard unfortunately. Decisions are normally pretty one sided and unfair in my eyes. Thought thats why pie had others doing the blocking and decisions on this kind of stuff but he changes his mind frequently it seems haha

Can someone post the chat I had with the doctor here? Nowhere in that chat I have made a racist or discriminatory remark.

EDIT: Show me what I have said that I was blocked for…all I see is Pie referring to a previous block, I am still missing what I said that was against the rules?

Breaking the rules is breaking the rules. It sounds like you just think racism isnt as bad as making fun of somones sexuality witch i agree personally haha but im sure if you ask that lgbtfjsjsjjdjfjf community then they would bag to differ.
So your decision its made on personaly beliefs and not whats right. If you break the rules you should be punished as well even if it was in defense or not as harsh .
If i rob a store for 500$ and the same day the same store get robbed for 5000$ should both people be arrested or just the other guy with the higher amount?

I vote for unblocking and ignoring the situation like it never happened since it was a poor decision:) hahaha 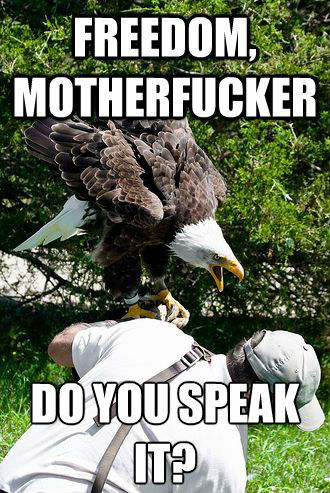 Ownership. Let the freedom flow through you. This is not a democracy. There is no council. There is nothing but Pie’s fucking will.

I mean that’s how ownership works in my country.

Hmm… These issues seem to be constant. I definitely do feel at times the banning process is not as fair as it should be…but @RenegadeDamon made a good point. If you find something offensive, you should flag it. People don’t normally flag because they are not the ones being offended, or having a back and forth and often feels like it has nothing to do with them (who doesn’t like to watch two people go at it in forums?). There is also a limit to how far you should take somethings and it seems that everyone forgets that during the moment.

Up until 2016 that was ultimately Stefan. Now it is me.

In the forum, the community can help with post-flags, but ultimately it is my call.

@I_like_pie being the owner of this game give him full control…but it also leaves the game at his will and things that deal with the community, any community should have a @team of people to help weed things out. That being said @Sol_Invictus was warned about his humor and unfortunately there is nothing we can do about that.

If i rob a store for 500$ and the same day the same store get robbed for 5000$ should both people be arrested or just the other guy with the higher amount?

Very good point. Both people will be arrested. Although in the U.S Gov. They like big fishes so probably the one that stole more will get a hrasher sentence.

All that being said @I_like_pie it’s either you put together a team of bipartisan, unbiased people to help with banning without mod abilities of course or you be strict with everyone and follow the rules strictly.

This is a recurring issue…I don’t agree with Sol but at the same time if both parties are wrong they both need to be punished. POINT. BLANK. PERIOAD.

Agreed fully but that doesn’t mean he shouldnt make biast decision on his own beliefs .

Issue is if one is at fault and the other isn’t for just as bad reasoning then its a decision made on personal beliefs and is unfair.
So in your country you would not charge the person who stole 500$ because someone stole 5000$ from the store you own?

What The insult was shouldn’t matter. The only thing that matters is both insulted and should be looked at equally.
A thief is a thief a murder is a murder. Yes they get different punishments on different circumstances but all are still punished. You don’t punish one then shake the hand of the other.

I don’t even know what was said, i just know from personal experience this process is very unfair and one sided. Id like to see this fixed for the benifit of ic

that doesn’t mean he shouldnt make biast decision on his own beliefs .

That is exactly what ownership means.

If he decides to run ic like a dictatorship then i agree lol but i feel atm with the size of ic pie is more of our father and we are his kids.
If he punishes his son for speaking poorly but allows his daughter to say almost as bad of things then there will always be issues.
You cant pick a favorite kid right? It sucks and is hard but you need to look at all offences the same until our community grows and he gets a team to help with decisions like this

You’re concerns are valid @Malin, and one of the reasons I dissolved the mod team.

This is actually working much better now in the forums, because I don’t even handle most of this myself. The community (you and others, even Sol) can flag posts in my place, and is largely able to self-moderate without me needing to be involved so much other than to review the flags as they happen.

In that regard, forums should start to feel better to you (and others) eventually because it will be less of my sense of judgement being imposed on others and more of the community’s own consensus on what is right or wrong.

This is harder in Discord chat though because it doesn’t have the same features. It’s a technology problem, so the only option there is:

#1 is actually a step backwards given that we just got dissolved the mod team. Managing a mod team, as helpful as they were, was a huge operational overhead that didn’t see enough gains to justify the costs. Remember, with legalized UA and post-flagging in the forums, the need for moderators is now a chat-only problem.

#2 is where we are now, which means as you describe, that for Discord chat that it ultimately comes down to my judgement which is liable to be inconsistent and unfair. I recognize that, and am doing what I can to offset my own biases.

In this case however, we have a player who is a repeat offender. To use your real-world analogy: if 2 people stole $500 but one was a first-time offender, they would very much be treated differently by the law, as they should. That is similar to what happened here.

If he decides to run ic like a dictatorship

Any “feeling” you have to the contrary, is an illusion.

Even if @I_like_pie himself says otherwise.

Till someone else can pull the plug on the fucking hardware
This isn’t even a monarchy man - there is no government whatsoever.

Agree and thats the main issue